I hope this blog post doesn’t come across as negative and I hope that people don’t think this is a blame game kind of thing. I’ve rewritten this post a few times since I keep sharing my feelings too much.

I want to start off by saying that the pain that I’m feeling isn’t because God failed me. God has always been there for me and I know that God is in control of all things. 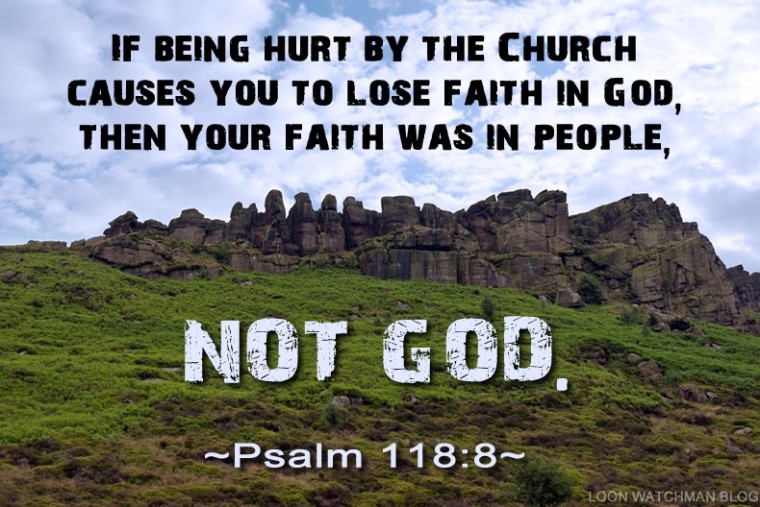 I couldn’t figure out why people would stop going to an in-person church. For me, it made no sense since I feel that Christians should worship with other Christians. We shouldn’t just sit in front of a computer or a TV and be spiritually fed. My opinions and feelings have changed since there have been way too many curve balls that have been thrown.

I’ve been looking for answers to the question that is based on why do people stop going to churches in person.  There’s a lot of questions and answers. But, this is something that I found on another website and for me, this hit the nail on the head. This website page is called “The Life” and this is the page on their church that discusses many of the things that I have been feeling for some time now. “The Hurting Church”.

Being hurt by the church is not something that happens once in a while. We often find people who have been deeply wounded by the family of God, leaving them worn and exhausted. Leaders are sometimes in conflict with other believers, robbed of the joy that Jesus promised. When we examine our own bruised souls, it can make us want to leave the church and even put God on a “back burner” since he has allowed it all.

I’ve been finding for some time now that I’ve been hiding my hurt feelings for quite a while. I don’t want to upset people since sharing my honest thoughts might cause pain in someone else’s life. I don’t want to offend others by sharing what’s really going on in my life.

I’ve heard over and over again that I just need to suck it up and basically that I need to put my Sunday best on my emotions and to trust God. I’m always hearing how I’ve overreacting and that things will get better.  So, I end up grumbling and pushing my pain away. Eventually, something else is said or done and those feelings come back even stronger. Then I end up blowing a gasket and I fully unload everything that I’ve been feeling all at the same time.

I didn’t want to share much of anything about what’s been going on at my church. but, I think I need to voice my feelings since they are eating away. I hope this doesn’t offend people. But, if my feelings do, I can’t help that. These are the reasons why I’ve been having a very hard time spiritually speaking and why I’m at a point in my walk with Christ. I love the Lord. My issues right now are the hurt that I’ve been having over the past 2 years in my church.

My church has been going through a lot of changes this year. It started before 2020 kicked into high gear. I’m so ready for 2020 to be done and over with. Before Christmas 2019,  our pastor put in a notice saying that he was resigning. It was actually less than two weeks. A search committee was formed immediately and we began scrambling searching for our next pastor.

Then about eight weeks or so covid-19 virus literally forced churches, businesses such as restaurants, stores, and so on to shut the doors. The search committee was forced to think outside of the box. I told my daughter Jessica that it’s like Satan has a hold on an entire nation and world because of this virus. However, no matter how bad things get Satan doesn’t win, Christ wins.

On June 14th, our church voted on uniting Pastor Sam Martin from Red Mesa Fellowship. St. George Comunity is basically a church that was for senior citizens. I’ve talked to Pastor Dean before he left about how if we don’t change things such as bringing younger people, families, and students from Dixie State University that our church will die. Nearly all of the members are in the over 60 age range. Since the merger took place there are people of all ages.

Last year, a lot of people left the church for various reasons. I won’t share their reasons since it’s their job to share if they want to. Many of those who left, they did that because they weren’t being heard. Their feelings were dismissed and told that if they don’t like how things are going, then they should leave. I’m not using the exact phrases. But, in general.

I know that things are always changing. St. George Community needed a pastor who has a vision to bring in people of all ages. I’m all for that. We needed to find a pastor that also has leadership skills. I’ve been watching Red Mesa Fellowships youtube channel for a long time. I don’t have a problem with pastor Sam, but I do have a problem with how it feels like St. George Community Church has died.

I defended and even voted for our church to hire the pastor. I had some concerns and that was over the name change. I didn’t think things would happen the way it did. There has been a lot of pastors in our area who said that St. George Community is located in a location that every church and pastor would want.

One of my pastor friends told me that if they knew how easy it was to gain control over the church, they would have pushed harder to become the new pastor. Most of what my friend said I don’t agree with. But, some things I do. I won’t go into a lot of details since this post is way too long already. I don’t want to do the blame game.

I’m very hurt by what’s going on at Community. The pain I’m feeling right now is like I’ve lost a loved one. St. George Community is down the street from St. George Cemetary. I think thee should be a plot and headstone since I feel that there needs to be a funeral. I’m sure there are many who thinks I’m being dramatic. Anyhow, this is how I’m feeling.

I haven’t lost my faith, but I think it’s because I’ve been mourning the things that have been going on at church. I know I need to find the right church. I think that’s the best thing to do. I need to be around those who are like-minded. I’m very hurt by what’s going on at Community.

I shouldn’t feel this way since it is just a building. but, Community was more than a building, it was a place to worship God and be with brother and sisters in Christ. The reality of all of that has been a sucker punch.

Thanks for letting me share my feelings and the pain that I’m feeling.

5 thoughts on “Grieving This Season of Loss”