While I was working on my churches power-point for Sunday’s sermon, I came across this cartoon that I wanted to use, but didn’t want people coming down on Pastor Ray because they would get the wrong idea or think he put it on there. Since I do the power-points, it is pretty much images and pictures I find or have taken myself.

I don’t think this really pertains to my church, but people in general. I do have to say we have some pretty awesome people at my church that loves God and we use only the Bible. But not all people are that way. They want their egos stroked and they don’t want to be offended. Personally speaking, I would prefer to be offended by a pastor than to offend God. Major consequences when you don’t do as God has instructed us to do. 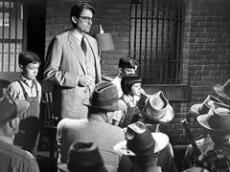 I have to say that it gets my undies in an uproar when I go to a church or where other Christians are at and they bash different churches or pastors. So, in saying that, I hope I’m not leaning towards the bashing of churches or pastors and just point out some truths as I see them. I love what one of our previous pastors said,” Don’t shoot the messenger, I’m just delivering the mail”. And it seems to be that way and probably throughout time. If the pastor preaches on a touchy topic, they are ready to come at them like a lynch mob.

Thankfully our church isn’t like that or I would wonder if I was going to a church where God is first and where His Word is the only one we listen to. There have been a few churches that I have visited or attended where the pastor was afraid to hurt anyone’s feelings because they would leave and take the money they would donate with them. So they only preach on those topics that give you a warm fuzzy feeling when you leave.

I like the sermons that make me think. If I don’t understand what the sermon was about or I felt a bit uneasy, there is a reason why I feel that way. So I have to go home and study a bit more and really ask myself why that sermon may have ticked me off and what I need to do to change what I am doing or thinking. We are all guilty of some kind of sin and I have no problem admitting I have a bunch of them past, present and in the future. 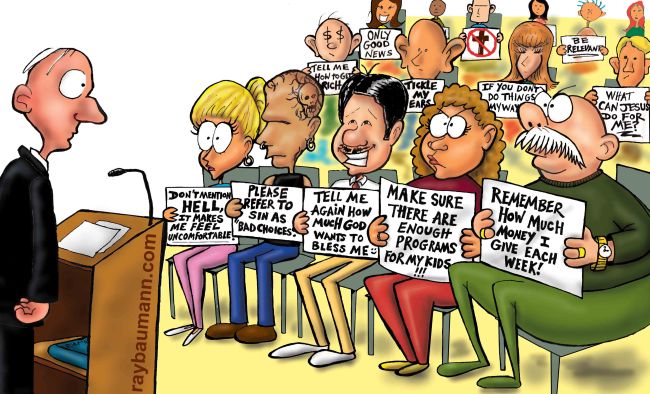 It bugs me to no end when I hear a pastor speak about how everything is allowed as long as you believe in God and acknowledge that Jesus is His Son. Well! Satan believes in God and I can guarantee you that there is no place for him when his reign is gone and he is cast out. All I can see when pastors or clergy say that everything is OK and that God loves them and forgives them is when they stand before the Lord and they are accountable. Where is that pastor then? I have no respect for a sugar coated pastor who is willing to stroke someone’s ego.

While I am on a roll, and I get on them quite often. I find it quite disheartening when I hear of pastors that use their church as platforms. You may be wondering what I am talking about. And I may have lost you on this topic since I think I got lost on it myself. But there are times I am watching evangelists or visiting churches when I wonder if they are actually running for office in a government kind of way. I wonder who they are trying to impress or if they want to just hear themselves talk. Because quite honestly, they go on and on and I hear nothing about God. I only hear how great they think they are.

As they go on about how great they are and all the things they are are doing. All I hear is yack yack yack. In my honest opinion I think too many churches are legalistic and trying to make God fit their agenda. I’m not saying the actual building, but the people that make up a certain church or place of worship. What is it with all the rules, laws and politics that make it important in churches? I say God is in charge and we need to get rid of all the legalistic jargon and mindset. Since I probably offended someone, and I’m really not too worried about that. My objective is to please God and not be on a pedestal or doing the look at me and I am better than you kind of thing.

One thing that I would like to say about pastors and church leaders is that they are people too. They aren’t gods and they do have hobbies and families just like we do. They have moments like we do. Meaning they have good and bad days. And I know this sounds kinda cold. They also may have problems with certain people in the churches they lead and who knows, they may have someone just as imperfect as I am. Egads, that could be kinda scary that there are no perfect people at church. And it may be even worse for some pastors that have people like me that are vocal, bossy and have a hard time keeping my mouth shut. Thankfully we have an awesome pastor that knows how to handle those like me, lol.