I haven’t been posting for a week or so. I’m thinking I should update a bit.

My sister and her husband along with her little wiener dog has moved into my town and home temporarily. They will be finding their own place as soon as they can find one that is reasonable. Needless to say, my house has been crazy for the most part. But not crazy in a bad way.

My sister Joyce is one of my sisters that lived by my parents in Elfrida, AZ. How anyone can live in that place is beyond me. There is nothing there and the only way I can best describe it there is pitiful. There isn’t anyone who could pay me to live down there.

Last October my friend Lisa and I went to visit my parents and my sister. I honestly didn’t think they understood how sad it was to see how they were living. There is so much tension and hate that you can feel it as soon as you walk through the door. I can truly understand how blessed I am. My friend and I thought we had problems, until we went there.

My sister has been pretty proactive when it comes to finding a job and a place. Her husband has this false idea that everything should happen in a week, but that is so very far from the truth. It takes time to find a job and get a place. 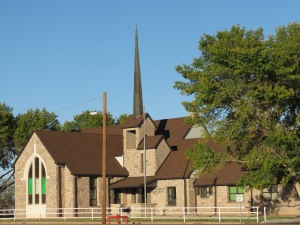 Joyce and Ira had help from the LDS Church (Mormon) to get here. They paid for the truck, car hauler, gas for the entire trip and so on. There was no out of pocket for them. The Bishop there in Elfrida is the nicest guy. Elfrida is a whole different place than it is here. It was very nice of Bishop Young to help them in many ways.

While they were living there, they received assistance with rent, food, and other things. The LDS Church is great at helping people when they need it. But enabling is something they won’t do.

Joyce and Ira has met up with the Bishop of the church here and they got help with food and they are hoping help with rent once they find a place. But I like the mindset where my sister is at right now. She is tired of having to have them pay all of their bills. She doesn’t want to ask them to pay to get them into a place. Which I can’t blame her.

She has explained that to her husband and he gets a bit uptight over the not having their own place. My thought is that it will happen in Gods time, not theirs.

I’m not LDS and I attend a Christian church. There are a number of things that I don’t agree with when it comes to the LDS church, but I have total respect for them and I think they have a heart for people that all Christians should have. We are missing the mark when it comes to witnessing to others. Which breaks my heart in so many ways.

This past week has been all about transitions and listening to God. I pray that my sister and her husband find a place soon and a job. My sister is very motivated to get a place and a job. I know they are really working hard at trying to find a job and become self reliant and not have to depend on the church or others to pay rent and help with food.  My sister doesn’t want to ask and doesn’t want to use the church. In my opinion, asking the church to help should be a last resort when all other options have fallen through.

Other than my sister moving here to St. George, Utah, I have been just trying to control the chaos. We have a two bedroom 1 bath home. My niece lives here with my husband and I along with my dogs, bearded dragon Fred and a bird. My sister brought her little wiener dog up also. It has been a busy household, but hasn’t been too bad considering all.

When I took my sister and her husband to the St. George LDS Temple’s Visitor Center, they  said that family is center  of everything and so is the temple.  I feel our body is a temple and that God is more important than family.

19 Do you not know that your bodies are temples of the Holy Spirit, who is in you, whom you have received from God? You are not your own; 20 you were bought at a price. Therefore honor God with your bodies.

There are a few things that get my mind thinking when it comes to families and marriage. “Will there be marriage in heaven?”

In the Bible we are told, “At the resurrection people will neither marry nor be given in marriage; they will be like the angels in heaven” (Matthew 22:30). This was Jesus’ answer in response to a question concerning a woman who had been married multiple times in her life —whom would she be married to in heaven (Matthew 22:23-28)?

When I read this verse it is telling me that there is no marriage in Heaven. I do think that we will know our family and our spouses. But I don’t think it would be the same as it is here on earth. But that is just my opinion…

From my understanding and I could be wrong. Lord knows I am wrong a lot, lol.  When God established marriage, He did so to fill a specific need. First, He saw that Adam was in need of a companion. “God said, ‘It is not good for the man to be alone. I will make a helper suitable for him’” (Genesis 2:18). Eve was the solution to the problem of Adam’s loneliness, as well as his need for a “helper,” someone to come alongside him as his companion and go through life by his side. In heaven, however, there will be no loneliness, nor will there be any need for helpers. We will be surrounded by multitudes of believers and angels (Revelation 7:9), and all our needs will be met, including the need for companionship.

After God, my family is the most important. Even though there might be days that it may not seem that way.  I don’t think there is any family that hasn’t gotten through some rough patches in their lives and if families are like mine, they may even be a bit out there in someone else’s left field.  endured a lifetime heartaches.  I do think that when there is a new heaven and a new Earth and the old passes away, things will be peaceful and loving. God created the Earth to be as a paradise. And that is something I am looking forward to.

OK! I’m going to go back to my sister and her moving to St. George… I got a bit sidelines, lol.

While we were at the Visitors Center, I was confused a bit. The reason I was is because they use to have the Mormon Missionaries go door to door. Now they have it where members make the referrals and then the missionaries will talk to those people that was referred. Where I am confused is that if a person is new to the area and they don’t know anyone that is LDS, how are they going to be referred or talked to. They wouldn’t know since they don’t know the person. I know for myself if I wanted to learn more of the LDS church and the faith, I wouldn’t be getting a visit. On our street I know one person of probably 50 homes that made an effort to visit. And that would be our friend from across the street. In the three years, she is the only one I have gotten to know since we aren’t LDS and not listed in their directory. I don’t know why or when it changed from them visiting door to door. But it has. It doesn’t really bother me, but it does my sister.

Last Sunday my sister and her husband went to their first Sacrament meeting at the ward they go to. There are three wards that meet in the one building. I guess they were told that some of the missionaries would help them unload their moving truck and nobody showed up. Where they moved from they would have helpers come out of the woodwork, but not here. Nobody showed up to help them and I couldn’t because of my medical problems and being on home health and IV’s. She took it personal since in AZ they would have been there.

I did tell my sister that if the missionaries come to visit them and do a lesson to make sure it is when my husband is gone. He has a way of chasing people off and especially if they are Mormons or Jehovah’s Witnesses. Now, me, I have no problem. I like to learn about other faiths and why they believe what they do. I’m strong in my faith and as long as they don’t have a problem listening to what I believe in, then I am OK. I only use the Bible and believe that it is the only inspired Word of God.

This is my last comment on this week and the LDS church. As recorded in the Book of Mormon, a Jewish prophet and his family left Jerusalem approximately 600 B.C. These people traveled to the ancient Americas where they began to develop as a civilization. Central to their civilization was the belief that the Savior would come to rescue the world from sin.

The reason I brought this up is that we are told of the second coming of Christ. If Christ died on the cross and we are waiting for His return, wouldn’t we be waiting for a third coming, not second? If he already come why are we waiting still? Wouldn’t He have already been here and is now gone?

As Jesus Christ ministered in mortality among the Jews, he spoke of another body of believers—his other sheep. (See John 10:16.) He promised to go to them and minister among them. This he did—in America. 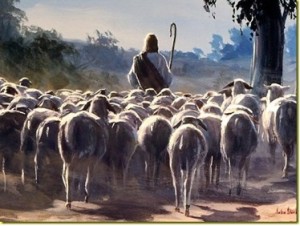 John 10:16 – I have other sheep that are not of this sheep pen. I must bring them also. They too will listen to my voice, and there shall be one flock and one shepherd.

Now the way I understand this is that the “other sheep” from John 10:16 are, we must begin with the context of the verse and examine the whole passage. We know from many Bible passages that sheep are a symbol of true believers who follow Christ, their true Shepherd. His sheep hear His voice and follow Him. If He says that there are “other” sheep, then we must identify the original sheep that the “others” are different from.

My thoughts is that it means that gentiles could be saved also because of Jesus’ sacrifice. The Jews were his chosen people. But Jesus died so all could be saved. So they would no longer need to be separated. They would all belong to God.’not of this fold’ refers to Gentiles who will respond to His voice and become part of the church. Jesus’ death was not only for Jews, but also for non-Jews whom He will make into one new body, the church.