Sometimes it is necessary to just keep our mouths shut. I was having a discussion the other day and it was about watching what we say and taming of the tongue. I must say that I have problems doing that at times. I have gotten to the point where I pretty much say what is on my mind. Many years ago, my friend was saying, that it is better to not let things get bottled up. I have somewhat changed my views on this. The reason I say that is that words have the potential to destroy someone. I think the old saying, “if you don’t have something nice to say, then say nothing at all” is my motto when it comes to speaking. Otherwise I get myself in tons of trouble.

As I ponder this subject I think of;

I don’t know about you, but there are times I say hurtful things to others without meaning to say whatever it is out loud. They just go flying out there and I can’t take the words back once I spoke them.  Words care powerful. Words have the power to destroy or to build up. I can’t one hundred percent guarantee that everyone has problems with watching what is said to others. But, I would guess we all have had problems with the foot in mouth disease at times. I have found that over time, I get more frustrated and defensive when it comes to saying what is on my mind.

Taming my tongue has got to be the hardest thing for me. I know without a doubt that God isn’t pleased when people use words to hurt others. One of my friends was having problems with depression. She loved the Lord and she did everything in her power to be the best person she could be. I invited her to go to church with me. She said no more times than I can count. Eventually she gave in and went me. I was disappointed with some of the people at church.

My friend who I will call Anne walked into the sanctuary. She didn’t have the best cloths on. She never went to church, so she dressed the best way she could. She and I sat down in the seats. I would say the congregation in Phoenix was around 200 people give or take a few. But, she and I sat there waiting for the service to begin. People would be greeting one another in their click. Only one person said hi to her. I asked her what she thought of the service . She told me she noticed how some of the people were sizing her up. By the way they were staring at her you would think she was a leper. To this day Anne doesn’t go to church. She said Christians fight more than any other group and she has no interest in being around Christians that acted the way the ones did at my old church. I tried to tell her that not all Christians are like that. And if they act like that, they will be accountable. We aren’t perfect, but thankfully we are forgiven. I also think that not all people who go to church is Christians. They may think they are, but they aren’t.

The next thing she noticed was that some of the people were talking to their friends and belittling others that were in the church. They were grumbling instead of being kind to one another they were discussing how bad this person or another person was. Some of the comments were about the choir and how awful they are. My friend was approached at one point and was invited to go to a small group Bible Study. I think the study on in 1 Corinthians. The subject they were studying is how you should love your brothers and sisters and be kind.  I thought the topic was kind of ironic considering all things.

Anne told me when we got into the car that she would never want to go back to church with me again. When I asked her why, she explained to me that the people there made her feel like she was an outsider and that their behavior was far from what she would think a Christian would be like. She told me the way people were backstabbing and belittling others in the church, that she can get that in her home where there are no Christians. Since I went to that church, I didn’t really pay much attention to what she was observing. I think I was desensitized since I knew everyone.

Our tongues can be like trying to tame a rabid dog. We get all up in a frenzy and in peoples faces. The Sunday after she went with me, I really paid attention. They came up to talk to me, but as they did they would make comments about other members and how unchristian like they are. There was about 5 other groups of people standing around taking to one another prior to the service. Those that professed to be Christians weren’t demonstrating love for one another,  love is the greatest commandment (Matthew 22:36-40). It was sad and discouraging to see those who I thought were loving and Christlike were acting far from it. When I came home, I wasn’t joyful.

I had to really look deep inside my heart and mind when I came home. I had to pray for guidance when it comes to taming my tongue. It’s as if at church people put on this mask. Once they walk out of the doors of the church then the true self comes out. I had to ask myself some serious questions when it comes to taming my tongue. Some of them are harder for me to do and I am guilty of hurting others by the words I say. God makes it very clear when He says, “Do not let any unwholesome talk come out of your mouth” (Ephesians 4:29).

I understand that people will let us down and we get frustrated. I have been there done that way to many times. Since the experience with my friend Anne I have made some mental notes when it comes to taming my tongue. I am still a work in progress though. But I’m getting there.

Obviously, our words can do big-time harm. But they also have the power to do incredible good.

You’ve probably heard the song that goes, “And they’ll know we are Christians by our love.” I love that song and I think the words to that song are words we need to keep in our hearts. One of the greatest way to show that we love one another is my showing our love through the words we speak. One of the best ways to show our love is through our words. Our words also have the potential and the power to do an abundance of good.

When I consider what I say or do, I would hope and pray that those around me knows that I am a believer in Christ. I like to keep myself in check with it comes to my walk with the Lord. I don’t want those in my life and in my church to make a statement such as, “You call yourself a Christian, and you said THAT?” 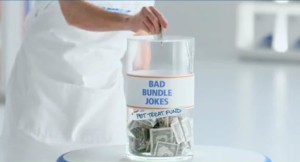 As I was reading up on the whole “taming the tongue“ subject, I got to thinking and looking up verses on how to handle taming my tongue when it wants to go flying all over the place. It is like that commercial for Progressive Insurance. The guy goes running around like a bee buzzing. Words go flying and he is penalized for saying stupid stuff. There are a number of verses that cover taming the tongue.

The Bible has a boat load of things to say about gossip and slander. Here are some examples:

Ephesians 4:32: “Be kind and compassionate to one another, forgiving each other, just as in Christ God forgave you.”

In closing, I just want to say that when we go chomping at the bit and using unkind and unloving words, we need to remember that those words aren’t pleasing to God. I also need to make a conscious effort to remember that there are non-Christians that are watching. I want to be sure that they see Christ in me, not hate and anger.