During this time of the year, you will see all kinds of special requests from people who say that they need to get gifts for their children and they can’t afford to buy gifts. I am one of those people who will do what I can do to help people out and especially when it comes to children. It breaks my heart. But, there are also a lot of scammers who will prey on the kind-hearted. So, please be careful. In some of the groups on Facebook, I have noticed a trend of where people will get donations of money, food and toys and they will turn around and sell those items. Please make sure that the person who you are giving to are legit and the toys are going to the kids, not the adults pocket-book.

I was just thinking after reading a number of posts from different groups and don’t get me wrong, I realize people don’t have a lot of money to buy their kids everything they want. But, I have been seeing people posting about wanting items such as the thing shown before, which my grandsons would love and only $400.00. They are asking for Lego sets (new preferably), Apple Watches, Lap Tops, Hover Boards, X-Boxes, keyboards and not cheap ones. I guess I am of the mindset that kids don’t need these kinds of things. If people have to beg others to full-fill toy wishes, then they should be re-examining their priorities. 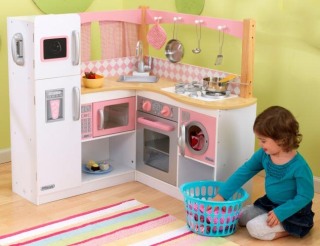 One parent even went as far as posting pictures of what it was that they wanted to make sure it was in the right color and such. I posted the picture of that. They sell that kitchen at Kohls for close to $300.00.

One of the items that ticked me off was that someone posted that they wanted a “purebred toy cup poodle” for their kids because of allergies. Hello!!! So, I shouldn’t be calling people idiots and scammers, but to me these people are. I have no problem at all helping someone out. This year I am sponsoring a family since they won’t have the finances to get gifts and such. I happen to know this family and I know they would never think about taking people for granted like some of those on the Facebook Online Yard Sale sites and such. 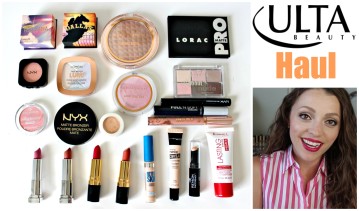 One mother even asked for Ulta makeup for her teenage daughter. I was surprised by this because my daughter Jessica buys that and it is far from cheap. Why do people think it is OK to ask strangers for things.

Last year my church did an angel tree program and we aren’t doing it this year. We only did the Operation Child Christmas. I had people leaving me messages about what they wanted for their kids and all of this stuff. A few families were legit and after I got talking to a few of them, I realized they were getting stuff from all kinds of places. I ended up taking them off the list. There are so many children that are needy and parents genuinely need help. But, when you get people taking advantage of the system and kind-hearted people, it makes it bad for everyone and the ones that are paying the price are the children.

My husband and I adopted our daughter Rebeckiah (Rebecca) from the Foster Care Program. I use to babysit for her and her parents were good friends of mine. When Beckiah would come to our house, she had her own room, even though I was just babysitting her. When she was taken into foster care, there was no way I was going to leave her there if I could find a way to get her out. We thought it was temporary, but when we got a call from her birth mom that she didn’t want her back, then we were asked about adopting her. That was a no brainer.  After all of the paper work and background checks were done, the caseworkers called us and told us we were approved as her foster parents. We were so happy, but worried.

The reason we were worried was because they were bringing her over 4 days before Christmas. We already did the shopping for Jessica and we didn’t have any money left over for gifts let alone food. Instead of asking for handouts from others, we had a talk with Jessica who was only 4 yrs old. She and Beckiah were just 4 months apart in age, so all of the things we got Jessica would be awesome for Beckiah.

We told Jessica that Beckiah (Misty at the time) was going to be coming home. She was so excited and for her, it was like Christmas. Jessica and Beckiah were the best of friends. I asked Jessica if it would be OK if we gave Beckiah some of the gifts we had already gotten her. We only had $100.00 to spend on our entire Christmas. Thankfully there was a store called Pic N Save which I think is Big Lots now. That money was to pay for all of the gifts and the food. There was no money left over and we didn’t get paid for a couple more weeks.

Jessica truly amazed me with her gesture. Jessica was super excited to see Beckiah. She immediately went to work under the Christmas Tree. Jessica had no idea what she had under the tree since it was wrapped. She did a two pile thing. One for her and one for Beckiah. She and I put new tags on the gifts that she had for Beckiah. Everything she had was split down the middle and hand-picked out. She didn’t keep more for her.

We did have to go to my husbands boss to see if we could borrow an extra $100.00. He worked for Progressive Roofing in Phoenix at the time. The reason we needed to borrow a little from him was because we knew that Jessica had a big wheels coming her way. We didn’t want to give Jessica one without giving one to Beckiah. His boss did give us the money. He didn’t ask for us to take it back.

The Big Wheel was only $20.00, but we also needed to get Beckiah clothes. Thankfully Jessica and Beckiah wore the same size. When Beckiah was dropped off to our house. She immediately ran to her bedroom. She knew where it was. She put her clothes away. The social worker talked to us and we had to sign some papers. I asked her where the rest of the stuff like clothes was for Beckiah and she said that is all she had. She came in with one brown bag of clothes. We needed to get clothes for her. They put in a request for a clothing voucher, but it would take a couple of weeks to get to us. Again, Jessica went to her dresser and closet and she made sure that Beckiah had clothes. She even let Beckiah pick out what she wanted.

It bothers me to no end that people are taking advantage of those who want to help and make a difference. Last year I had so many asking for help and then I started seeing them posting the items that either I gave them or others have donated for sale. The children weren’t getting the items. They wanted them for resale. During the holidays people like to tug at others heartstrings.

I feel like as a Christian, I should be helping people. Over the years I guess I have been more cynical because of all of the people taking advantage of others. The internet has been a huge tool when it comes to getting what they want. It’s sad that people are doing this and it ruins it for others. That’s why this year I am just sponsoring a single mom and her children that are still at home. If you’re going to donate, please make sure it is legit. My personal favorite places I donate to are the Salvation Army and the Hope Chest.

Here are some links if you are in need. These are in Southern Utah…

Hope Chest Thrift Store – St. George (Facebook Page) This is a thrift store and if you are pregnant and are in need, you can call them and they offer a number of services.

Hope Pregnancy Care Center–  Click on the link and it will give you the address, times and services.

Hope Pregnancy Care Center is a free and confidential, life-affirming resource center for unplanned pregnancies. We offer practical, emotional and spiritual support to women and men through our various compassionate programs, eg. options education, parenting, material resources, and past abortion care and education. With the view toward prevention of unplanned pregnancies, sexual risk avoidance education is provided to clients and to public school students.

Switchpoint- Beyond food and shelter: Switchpoint Community Resource Center is a stepping stone to independence for homeless individuals.

Most churches and organizations will send those in need to Switchpoint. They have the ability to hook people up with the resources that they need. The have so many services so I just put the link have it where you can check them out.  Find out more information on their website – Click Here

I know that once I give something to someone, then it is theirs. It shouldn’t bother me. But it does. When I seen one family get all kinds of stuff from other people and then on another Facebook Group, they sold all of those items. When they post that they need a bed or clothes for their children because they are cold and sleeping on the floor, who wouldn’t want to help out. I can see why a lot of the churches around my area have started handing out information to homeless shelters, Salvation Army and food banks. They have the resources and ability to make sure the ones needing the help are getting it. I have donated a little here and there if I see the homeless. Usually if I see someone homeless, I will go through drive thru and buy the food. I don’t give money anymore.

During this time of the year, be careful and safe. Most of the people are honest, but there are those out there that don’t care.

One thought on “People Asking For Expensive Things”