I will be doing a series of posts that will focus on Spiritual Warfare. This first blog post begins with how Satan’s lies and deception. This first post is focusing on Satan destroying the church.

Colossians 1:9-10: For this reason, since the day we heard about you, we have not stopped praying for you. We continually ask God to fill you with the knowledge of his will through all the wisdom and understanding that the Spirit gives, 10 so that you may live a life worthy of the Lord and please him in every way: bearing fruit in every good work, growing in the knowledge of God,

When I was having a heated discussion with my daughter we were talking about church and meetings. He blinds the minds of unbelievers. Having business meetings on Sundays has been a hot topic for many, myself included. As I was praying about what this blog will be about, I was directed to 2 Corinthians 4:4.  My mind has been blinded and focused on the business meeting and not keeping my eyes open to the light of the Gospel and glory of Christ. Satan keeps us from seeing and hearing of the Gospel.

2 Corinthians 4:4- In their case the god of this world has blinded the minds of the unbelievers, to keep them from seeing the light of the gospel of the glory of Christ, who is the image of God

Satan goes out of his way to accuse  and destroy Christians . In  Revelation 12:10 it says, “I heard a loud voice in heaven saying, ‘Now the salvation and the power and the kingdom of our God and the authority of his Christ have come, for the accuser of our brothers has been thrown down, who accuses them day and night before our God.’” Satan’s defeat is sure. But his accusations haven’t ceased. 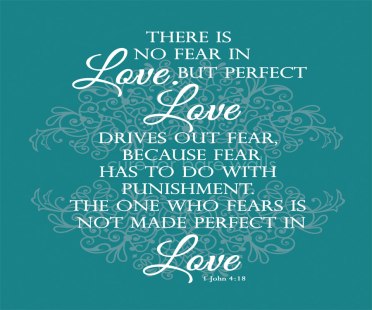 I was planning on posting a different blog, but I think this post is needed. For some time there has been a lot of arguing and bickering. It breaks my heart that Satan is doing all He can do to destroy families and churches. This was going to be a post on something else, but at this point, God put this on my heart.

You are from God, little children, and you have conquered them, because the One who is in you is greater than the one who is in the world. (1 John 4:4)

It seems as if Satan has been doing his best to wreak havoc and destroy those who love the Lord. Satan has been causing chaos at church. I’m not a pastor but, I do observe things and I do my best to encourage others to follow Jesus and do my best to focus on Him and not on Satan. I know that Satan loves to hurt and destroy people and churches. Satan certainly goes out of his way to interfere with what God’s church is doing.

Be serious! Be alert! Your adversary the Devil is prowling around like a roaring lion, looking for anyone he can devour. (1 Pet. 5:8)

Satan is the Father of Lies

Satan is a liar and he is the father of all lies. When Satan appeared the first time in the Bible that would be Genesis 3. His first words that he spoke were to bring cause suspicious of the truth (“Did God say, You shall not eat of any tree in the garden?”). Then he continued to say that “you will not die”. There isn’t anything that Satan says has anything to do with the truth, because there isn’t any truth in him. When it comes to Satan, we are dealing with deception and lies.

John 8:44- You are of your father the devil, and your will is to do your father’s desires. He was a murderer from the beginning, and does not stand in the truth, because there is no truth in him. When he lies, he speaks out of his own character, for he is a liar and the father of lies.

“When he lies, he speaks according to his own nature, for he is a liar and the father of lies” (John 8:44). The first time Satan appears in the Bible in Genesis 3, the first words on his lips are suspicious of the truth (“Did God say, You shall not eat of any tree in the garden?”). And the second words on his lips were a subtle falsehood (“You will not die”). John says that Satan “has nothing to do with the truth, because there is no truth in him” (John 8:44). We are dealing with the essence of falsehood and deception.

You may have heard the saying, (“A Wolf in Sheep Clothing”) Satan disguises himself as a a sweet innocent sheep if that would help us trust him. Paul says that there are people who are posing as apostles and that even Satan has disguised himself as an angel of light.

In 2 Corinthians 11:13–15, Paul says that some people are posing as apostles who are not. He explains like this: “Even Satan disguises himself as an angel of light. So it is not strange if his servants also disguise themselves as servants of righteousness.”

2 Corinthians 11:13–15 -For such men are false apostles, deceitful workmen, disguising themselves as apostles of Christ. 4 And no wonder, for even Satan disguises himself as an angel of light. 15 So it is no surprise if his servants, also, disguise themselves as servants of righteousness. Their end will correspond to their deeds.

While I’m having a hard time dealing with the damage that Satan has been doing, I find hope knowing that Satan will be thrown into the lake of fire.  Satan is on a leash and there will come a time when his reign will cease.

Revelation 20:10 and the devil who had deceived them was thrown into the lake of fire and sulfur where the beast and the false prophet were, and they will be tormented day and night forever and ever.

Our church family and churches all over could use your prayers in these areas. Let’s join together as a church body and pick up the Shield of Faith and the Sword of the Spirit as we take our place on the front lines for Faith Family in praying:

Ephesians 4:1-3: “I therefore, a prisoner for the Lord, urge you to walk in a manner worthy of the calling to which you have been called, with all humility and gentleness, with patience, bearing with one another in love, eager to maintain the unity of the Spirit in the bond of peace.”

Except the Lord build the house, they labour in vain that build it: except the Lord keep the city, the watchman waketh but in vain. Psalm 127:1

Please pray for our eyes to be opened and that the Lord provides knowledge and wisdom to those who are seeking.  Please open our eyes and heart to know that it is You who are speaking and not Satan.

Jeremiah 42:2-3: “Let our plea for mercy come before you, and pray to the Lord your God for us, for all this remnant—because we are left with but a few, as your eyes see us—that the Lord your God may show us the way we should go, and the thing that we should do.”

Ephesians 6:18-20: “Praying at all times in the Spirit, with all prayer and supplication. To that end keep alert with all perseverance, making supplication for all the saints, and also for me, that words may be given to me in opening my mouth boldly to proclaim the mystery of the gospel, for which I am an ambassador in chains, that I may declare it boldly, as I ought to speak.”

Prayer For Our Pastor