For a very long time I have been in the battle with our cable/internet company.  We have our basic cable and our internet with TDS. This is their website and I’m only putting it here to let people know to be aware of them and to protect themselves from overcharges, hidden charges and charges that are added that you never asked for. TDS Website…

On Facebook I always see people asking other members of the Indoor Yard-sale page if they know of any good internet companies. They can expect a lot of experiences and many will comment the same way that I do. That comment would be that if they want to be cheated and lied to, then TDS is the place to go. They should try any company other than TDS. 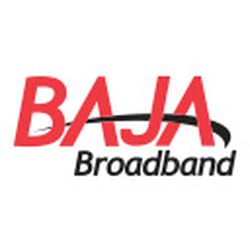 My first run in with them was when they were still called BAJA Broadband. The company was sold to TDS in 2013. I found an article about the sale and you can click on this link. TDS buys Baja Broadband.  BAJA had a lot of issues and in my opinion I thought it was more about customer service issues. Also, while it was still BAJA Broadband, that’s when we found out that the salesman that came to our house to sign us up also signed us up for a package that includes cable, with the sports package and 2 premium channels (HBO and Showtime), internet and a phone. My husband and I don’t watch sports and never agreed to subscribe to the sports package and we didn’t watch HBO or Showtime. We had basic cable, not all the channels we don’t watch. With the phone, we never even knew we had the phone. They told us that it is a good thing to have and we could talk to people on our computer. But, never ordered the phone and a number of things.

Since I worked in Sales and with customers, I can tell you first hand that if I was offering bad customer service to a customer, that they would more than likely tell their family members, friends and anyone who will listen. Then those that heard about your experience will share that with anyone and anyone. So, that one bad experience has been shared by not just the 10 or so people you told, but now those people are sharing with many others and it just gets worse from there. Then you have the age of the internet. People can tell anyone and everyone online, offer reviews and so on. So, If I gave someone a bad experience, then I would say that withing a day, over 50 people has heard of how bad I was and they would never do business with the company I worked at. I could also loose my job if the owner wanted to fire me. I found a website that describes this and it breaks it down on how dangerous it can be for a company who has bad customer service. This is the article that was written that shows the The Real Cost of Bad Customer Service (And How to Avoid It).

I went into the then BAJA and talked to the lady that is at the front desk/computers. She told me that I did have it and that it is this amount of money. I was dealing with this woman for three months. Finally someone in another room was listening and there was a lot of customers listening to this discussion. I explained to that lady that I never ordered those services and I’m not paying for what I didn’t use, know about or ask to have. She took me to the side and tried to get me to speak quietly, and that did NOT happen. I filed a report and she said she would talk to corporate and look into it. I figured she was just trying to push it under the rug. So, I made sure that she filed the papers while I’m watching and i wanted to hear her tell the gentleman on the phone what is going on and I wanted it on speaker phone.

I made sure they did it that way because I worked in customer service for 20 years and I know how people try to calm people down by “acting” like they are going to take care of it. I also got the guys name and number at corporate so I could follow up. I was totally shocked when I got a call from him a week later and then I received a letter in the mail a few days after that. They did a full investigation of what happened and they told me that they went back into my account and they checked to make sure that we never even tried to use a phone and there is no history of premium channels even being watched. Then he told me that they are reimbursing the overcharges that I was charged. I was expecting a couple of hundred. But he said I was overcharges $611.00 because of the things the salesman and the employee that worked in the front of the office. I was shocked. I know I was overcharged, but I felt stupid that I allowed these people to charge me so much.

And lately I have been feeling cheated again and my guess is that a lot of people are feeling the same way. Anytime I go into the TDS office, there are many in line that have their equipment in hand and they are canceling their service. Last month, there was a little old man that was just ahead of me and he had his equipment in his arms and was cancelling their service. The older man lives in an assisted living place and he didn’t realize he was being charged for things. He was yelling and very upset. BTW, the same lady that I was upset over the phone thing and overcharging is still working there and this poor man was livid. She added the phone to his internet. He never used it and never ordered it. Where he lived, cable was included. He was only subscribing to internet. I did talk to this man and I told him the same happened to me and with the same lady.

Since I did sales for so many years, I know that they earn a commission if they sign someone up for the service and for add ons. I know without a doubt that the woman that I tried to get  help with my problem from is getting commissions for all things she up-sales. A friend of mine worked there and she didn’t up-sale services like the phone, higher speeds for internet and whatever service they offer.  But, this gentleman was on his phone calling his lawyer right in front of this woman. Everyone could hear what was being said and oh man, I’m sure he is going to be a thorn in their side, even more so than me.

Then last week I called TDS to get a break down for my bill. For some reason I’m paying over $140.00 for basic cable and internet. The same lady again that works there refused to give me a breakdown of my bill. She said that she didn’t have the capabilities to view what all my services are and the charges. She said she can print me out a reciept and she gave me an 800 number to call customer service and to see if they will cut my bill down. I’m figuring she works in customer service, she has the computer in front of her, so she should be able to see what everything is on my account. She knows I’m not one to be quiet since I’ve called her out many times. I have no clue why she is still there.

The person who I called at TDS gave me the run down and said that they can put everything in a package and it would drop the price down.  When he told me that our basic cable is around $43.00 and then there is the charge for the DVR rental and that is $13.00. Then there are 2 additional charges for the DVR and one is for us even recording and I can’t remember the other charge that is attached to the DVR. But we only have 1 DVR and we have regular boxes for our other 2 TV’s. There were also a few other service charges and I can’t remember what they were. So, I was being charged a little over $100,00 for only cable. That includes no premiums. Our internet is a bit over $40.00 and we also have a fee for the modem.

I told the man that I’m trying to make sure if it is cost effective to keep our cable. he tried to offer me all kinds of discounts.  I let him know that My plans are to turn in all of my boxes and to cancel the cable. I don’t have any trust in a company that over charges and takes advantage of people. I also told him that they may want to look into those who work in customer service at our local TDS company. I will be keeping my Internet and since I already subscribe to HULU Plus, I just bumped that up so I now have all the channels that we have now and those channels we watch. We can also have a DVR. In order to get HULU Live, it was just $30.00 more than I’m already paying for HULU.

I told the man that I was talking to that  if they were honest and treated customers with respect and not cheat people then I would recommend them to those asking. But since I’ve had so many issues with them, there is no way I could ever recommend them.

In closing this blog out, I hope that people pay close attention to their bills and if something seems off, don’t be afraid to stand up for yourself.