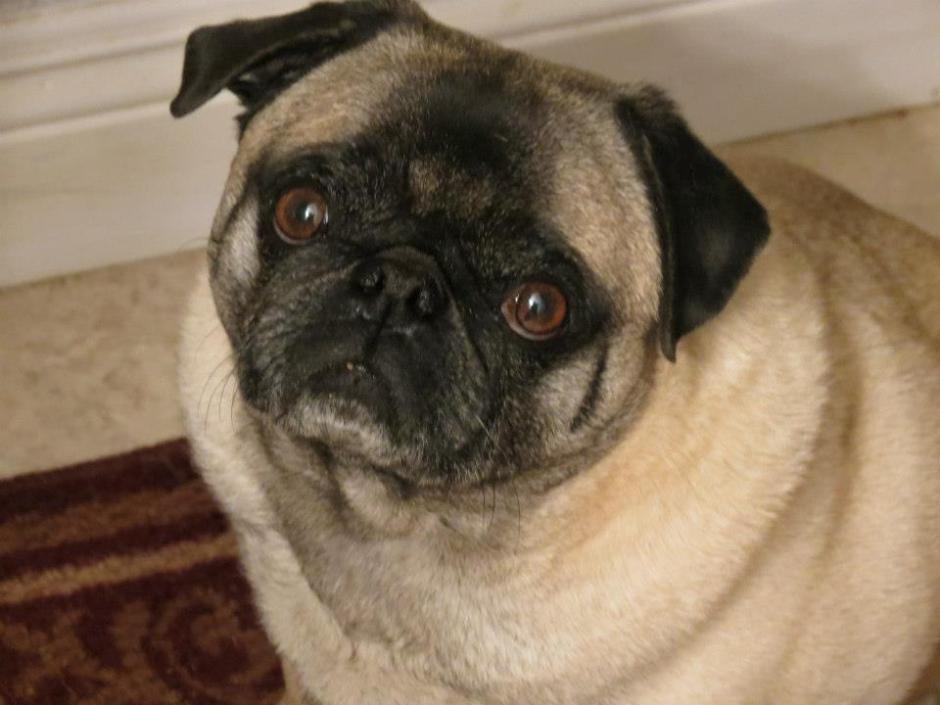 I wanted to do this blog post soon than later.

I’ve been in tears for over a while now because I know it’s  close to the time where I need to let him  go to the Rainbow Bridge. But, I’m heart broken over it and I he needs me to be there, even though a part of my soul is going with him. My dog Jasper is my shadow.

I rescued him from these people that was getting rid of him because he sheds too much. my daughter Jessica found him for me.  If I didn’t take him, they were going to lie to the animal shelter and tell them that he bit their kids. Jasper doesn’t bite at all unless it’s food. Jasper did knock the kids down while playing. The kids would run around their house and Jasper would run after the kids to play.

This picture is what happens to animals in shelters who are destroyed because they would be considered unadoptable or no body would adopt them . Had it not been for me learning the truth about Jasper would have been killed just like these dogs.  since the people said that Jasper bit her children, he would never have been adopted because of the lie and he would have been murdered the moment he arrived. Animals who are considered dangerous or unhealthy have no chance of being adopted. The only chance Jasper would have had is if the shelter seen for themselves that they were lying. But, if an owner brings their pets in and says they bit or was aggressive, they have to do what the owner said.  Our shelters are no kill now, but it wasn’t until 3 or 4 years ago.

People like that makes me sick. But, I am thankful at the same time. if  it wasn’t for them, I would never have gotten to know him and to have him in my life. Since I know that he is going to be going over the Rainbow Bridge soon, I’m trying to build lasting memories of Jasper.  I’m taking lots of pictures and doing videos of him. I always watch his food intake and now I’m letting him eat what he wants and as often as he wants. I’m not going to tell him to not eat what he wants. I don’t know how I’m going to get through this. I have many medical issues and my blood pressure goes up to 230/120 when I’m stressed or running around. I don’t even know how I’m going to be. 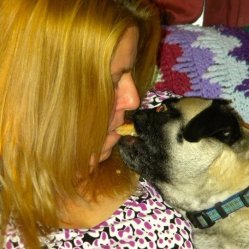 Jasper in my robe

The three pictures above is when I first go Jasper. The middle one is Jasper eating a cookie that I was eating. I was training him or I thought I was. Instead, he was training me, lol.

I hope people don’t get upset when I constantly talk about Jasper. Our pets are not just pets, they are family.  I’ve also had people tell me that he will be in a better place. I just hope they don’t say that when he goes to sleep. The better place is with me, not anywhere else.

I do feel that when animals die that there is a special place for them. God created all things. I get very frustrated and upset when people say they just die. If animals can tell when we are sad or need help, they are there. Their love is unconditional, not like humans. Animals have emotions, they cry and smile. They demonstrate love and compassion. There are times when I’m having a bad day and I get upset with them because they either pee’d on something, got in a fight or whatever, and yet they are forgiving and non judgmental.

When I get upset over Jasper barking all the time, I feel so much guilt. I tell him or whichever dog we have that I’m sorry and I shouldn’t have gotten mad and I shouldn’t have yelled at them. I know that I will carry a great deal of guilt when he’s gone. I know he doesn’t understand and probably can’t hear me when I love on him and full blown tears that’s I’m so very sorry that I got upset.

When I first got Jasper( October 13, 2011 ) his name use to be Buddah. As a Christian, Budda was not an option. My daughter Jessica actually chose Jasper’s name. When I brought Jasper home, he immediately became my shadow. I actually thought Jasper would attach himself to Jessica since she held Jasper all the way home.  Within an hour or two, Jasper knew I was his mommy. He follows me to the bathroom, outside, all over the house and so on. I use to let him sleep on our bed, but I stopped a while back since he started having problems getting on and off the bed. We bought stairs f or the bed, but he still had problems. We took the stairs down and stopped letting any of the dogs on our bed.

The reason I did that was because jasper would cry when he would see the others on the bed and he couldn’t. So, we just stopped letting any of them on there. if one can’t, then no can.

Jasper loves watching TV and himself. I did a video of our dogs Mattie and Maverick. Mattie I rescued from Arizona Almost Home Boxer Rescue in Arizona. Click here to see the video of him watching Mattie and Maverick.  I have many videos of Jasper watching TV or videos. I will be sharing some of those below.  I remember when I bought his first snoopy dog bed and all of the things. I knew I was going to have to do a memorial for Jasper, but I don’t want to do it right away after he goes to the Rainbow Bridge, I wanted to do this while he is alive.

I was talking to a friend who lost his dog Anna and his cat Bart recently. I have horrible memories of when I had Brandie, Maverick and Mattie put to sleep. I can’t watch any videos of animals being put to sleep. That’s because all I think about is when I had to put Brandie, Maverick and Mattie down. I have major anxiety over it and I have major meltdowns. I asked Eric if he was with Anna and Bart when they were put down. he said that he wasn’t. he couldn’t emotionally be there. Eric is one of those guys that I have a ton of respect for and that’s because of his love of animals, family and friends. Eric wears his heart on his sleeves and I appreciate that. So many people don’t care and it’s nice to see the love for his pets and others.

Eric Dodge is a Country Music Star, Author and Speaker (Check out his sites). While you can listen to Erics music on many outlets, he doesn’t make anything when people listen for free. So, let’s send a little bit of love his way and purchase his music.

When he said he wasn’t there when Anna and Bart were put to sleep, I 100 percent get it. I have been thinking about how was I going to handle watching jasper put to sleep because of how I had so many problems when I had to be there for Brandie, Maverick and Mattie. To this day, I still have nightmares of that.

I think for myself I have a lot of emotions with seeing them dye in front of my eyes and in my arms reminds me of my Grandma Grace. This may sound crazy, but when my grandma died and all of us kids went to her funeral, my mom made us go up to my grandma and kiss her on the cheeks. I was only 10 yrs old.  My grandma gave me a dog as an early Christmas gift. His name was Spartacus. I only had him for a week when my grandma died on December 5th, 1973. After grandma died abut a month or so later, some boys took my dog and threw him in the river in the middle of winter. We lived in Indiana and Sparticus died in front of my eyes and in my arms. The boys dad thought it was funny and my mom said, ‘OH WELL”.  Sparticus was the only thing I had that my grandma gave me. Spaticus was a little Pekingese. 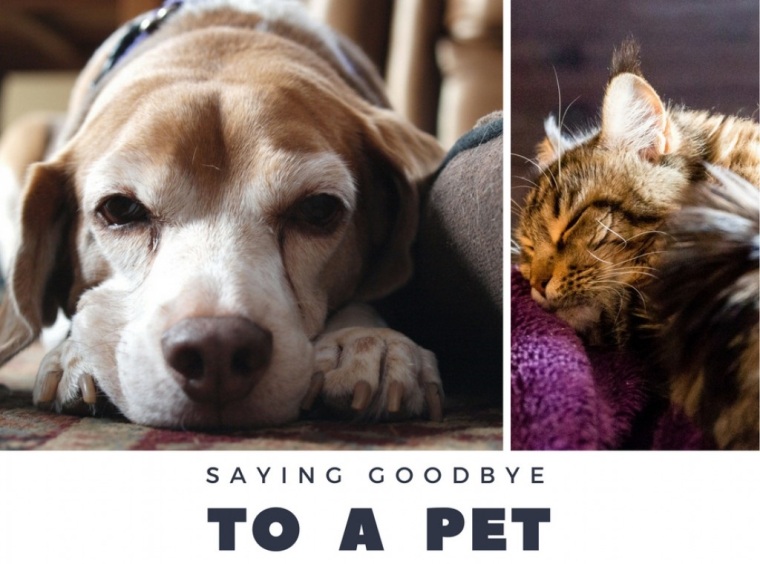 The picture above isn’t my dog or cat. I couldn’t put pictures of my dogs that we had to put to sleep. I have a hard time seeing our 4 legged family members dead.

Anytime I’m with one of our pets (family members) when they die, my heart and mind goes back to that time. As I have been probably over thinking this, a show that I was watching always comes to mind and this is it. But, then I think about how a vet show that I was watching was talking about how. Most of the quote below I don’t agree with. I think there are pro’s and cons when it comes to having to put your loved one to sleep.  I think it’s them guilt tripping.  So, use your own judgement and don’t let anyone guilt you.

“I beg of you DO NOT LEAVE THEM,” “Do not make them transition from life to death that has those who they don’t know.  He also said that our pets will be searching for you if you just drop them off and then they die with nobody knowing them. They will think you are ABANDONING THEM.

This statement below is something I think the vet is wrong. There are times when people can’t be with their beloved pet. There are many reasons why. those reasons are maybe they can’t physically be there. For example an older person, medially unwell, out of town and a whole host of other reasons.

My God, can you imagine? I’m sorry, but if the thought of your beloved pet’s little face scanning a room full of scary, unfamiliar people, trying to find you, the human it loves, in the literal last moments before its death doesn’t move you to tears, you have no business owning an animal in the first place.

When I heard that, I had a tremendous amount of guilt. I love Jasper so much and all I can imagine is him being afraid and abandoned. I’ve gone through it many times and for some reason, this time it’s different. I loved my other dogs so much and I was there for them. I was also there for pets that we rescued that had to be put down because of how they would bite people and children. They were hostile and very aggressive. Even though we rescued them a week later, we couldn’t safely adopt them out. Or we had to put down sick dogs that had parvo or other medical conditions that they wouldn’t survive, so there is no need to make them suffer.

Out of all of the websites that I have been to that discusses euthanize I liked this one best and it discusses both sides.  Click Here: Vet Street

In closing, this is one of the comments that the vet shared on the video and the reason I will be there with Jasper. Even though I may have to go to my Dr so I can get a prescription for anxiety. I know I will have it big time.

From Vet Show- Don’t deny your animals the chance to feel as safe and loved in their last moments as they have their entire lives. They give us all their love. They deserve this.