I have been in this heated debate with this guy on Yahoo this past week. The debate is all over those little devices that lenders put on cars for those who have a bad history of paying their bills.

My friends had one of these devices on their car and I had no clue what it was until I seen it in action. I have to say I would never buy a car from a place that has one of these because you can get stranded if you don’t pay up. Not only does it not let you start your car, it makes this horrible sound the closer it gets to your payment being past due.

Yahoo – Beyond the ability to disable a vehicle, the devices have tracking capabilities that allow lenders and others to know the movements of borrowers, a major concern for privacy advocates. And the warnings the devices emit — beeps that become more persistent as the due date for the loan payment approaches — are seen by some borrowers as more degrading than helpful.

I can see why lenders would use these because they make it easier to locate the vehicle and repo it in case the loan isn’t paid. And unfortunately some people have to go through these places because they have no place else to go.  These little devices are great for that. I would hate to have to pay the interest rate at one of these places. By the time you get it financed and the insurance it can easily reach over $1000.00 a month. I guess for me, I would just spend that amount on a cheap car and not have to pay that much. But that is me, everyone has to decide for themselves and these places knows that.

I do wonder if I would have gone with my friend in the first place if I had known she had one of those on her car. I got stuck and we had to call someone. That was the last time I went with her in that car though. After that she got stuck a number of other times and needed someone to come and get her. After the payment is made, then they give you a code to punch in and it resets the device.  Like I said, I never went with her again in that car. 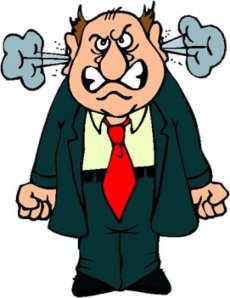 The conversation with this guy got out of hand really fast. I was going to loose my cool, because on my comment I stated that they are inconvenient to those who ride along somewhere and they don’t know before you go with. It isn’t like I was going to have them give me their credit history, loan information and so on if I needed a ride somewhere. And with Myasthenia Gravis and my other medical problems, there are times I can’t drive.  It isn’t like too many people are available at 2:00 am to take someone to the ER or other places.

He went on to say that people who have problems like this are deadbeats and a waste of time. They are like the scum of the earth and not to be trusted. He then said there was no excuse for people not being able to pay a bill. If they can’t pay, they are leaches on society and so on. Well, that ticked me off big time.

I had to wait and pray over if I should comment back or just forget about him and the topic. And I basically decided it wasn’t worth my energy, but I did have to throw a couple punches comment style.  I couldn’t help myself.

I explained to him that he must have a very lonely life or full of rich people that never had a problem in their lives. Not all people who have problems paying bills choose not too. They would pay if they could or had the resources. There are times when things change in life and they have to choose what they can pay or not pay.  My friend that had one of these devices has a heart of gold and would do anything for anyone.  I don’t base my friendships on people’s wealth. I base them on people.  I then told this guy that I would hope he never needed a ride anywhere or needed help, because the help he may need may be from someone that doesn’t

have a big bank roll.  I left it at that and I then told him that I will pray for people like him to really see the love of God and those who may be beneath him. And if he is a Christian, he should re-evaluate who he is putting his faith in and what. Because if he understood the Bible, he wouldn’t be the way he was and treating people with such hatred because they have little.

A guy named Joe made this comment:  LOL so I’d hate to see u in a pickle. Hope u never get sued. Hope your kid never gets in trouble. Maybe your life will be peachy. But once you walk a mile in their shoes and struggle, may the person whose in your shoes now not say the same to you.

I guess you just can’t fix stupid people and then you have those who have a holier than thou attitude and I don’t like to waste my time or energy on stupid.  I will leave it at that because history has proven that the world is full of stupidity and hate minded people. I will take a poor friend  any day that is sincere over a rich friend who has no heart.