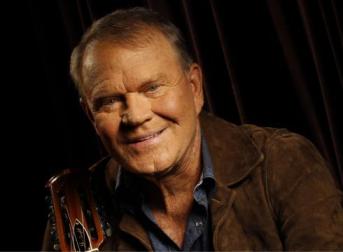 Glen Campbell was diagnoses with Alzheimer and I was watching a special on CNN, and it was so sad for all involved. Not only does it destroy the memories of the one who has it, it also affect all those who love a person with this horrible disease that there is no cure for. Glen Campbell is the first country crossover star, who still draws big crowds with his mellifluous voice, credits God and his wife with releasing him from substance abuse and ”carnal pleasure.”

According to the Mayo Clinic, Alzheimer’s disease causes changes in the brain that lead to destruction of memory and a loss of important mental functions. Receiving a diagnosis of the disease is life-changing. People like Glen Campbell are able to educate the world and learn more about the disease.

I remember listening to Glen Campbell growing up. I’m not really big into the whole country music thing, but I knew his songs. Mostly because my parents were huge fans of his. The Rhinestone Cowboy was the first song I ever learned all the way through. We would drive our bus driver nuts on the way to school when I lived in Hyder, AZ. It was a long ride, so she was pretty sick of it by the end of the day. Most of the students on the bus sang that one and Delta Dawn by Tanya Tucker. I’m willing to bet she wanted to pull her hair out.

As I was watching the documentary about Glen Campbell, I couldn’t help but feel bad for not just him, but also his loved ones. They have slowly came to the realization that he doesn’t know who they are. I can’t even begin to understand the sadness they carry with them as they try to find any trace of their father and Kim Campbell’s husband. During the documentary, Glen Campbell had a hard time knowing who his daughter was. Ashley would sing with him during some of his shows and it was extremely apparent that he had difficulties with even the smallest things.

One of the most touching parts of the documentary on CNN was when his daughter Ashley went before Congress to help raise funds and awareness for research for Alzheimer’s research. She stated while in tears that it is hard to come to the realization that someday her dad would look at her and she will mean nothing to him.

Glen Campbell decided to make his battle public and document his battle with the disease that he could hope to help others cope with the stigma and shame that often accompany the diagnosis of Alzheimer’s. I never knew there were 7 stages with Alzheimer’s, and Glen is at the 6th stage. He has very little time left.

CNN Website: As Glen’s wife, Kim, explains in the film, “This is a really challenging illness for people to deal with every moment of their life. He can’t find the bathroom in his own house… He clings to me like I’m his anchor for ‘Who am I?’ ‘What am I?’ I’m his safety blanket that he wants around all the time.”

His daughter and those who knows him the most says that his faith in God keeps him going. I came across and article that pretty much sized up the kind of faith Glen Campbell has and Who is in charge of his life. It said, “I eventually lowered my guard and opened my heart. He changed me in ways in which I would have never changed myself. Kim was praying toward that end the whole time. Her prayers just might have saved my life.”

One of the video’s that documents his journey is “I’m Not Gonna Miss You.” One of the verses in the song is “I’m still here, but yet I’m gone,” and “I’m never gonna hold you like I did, or say I love you to the kids.” Below is a list of warning signs of Alzheimer’s.