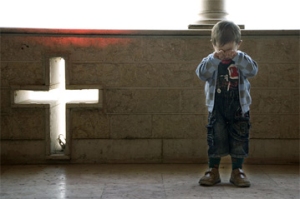 Christians are being asked “how do you want to die”? I have thought about this question off and on. If someone was to walk into my home, church or city and asked me this question, I have to say that I would stutter a bit. I would want something fast. But, it is one thing thinking about it and whole other thing living with the possibility each and ever day like millions do in countries like Syria, Iran, Egypt, Pakistani and so on.

Syria has been in the news a lot. Each and everyday Christians are caught in the crossfire. 50 Christians have lost their lives because of their faith. There was a young boy that professed to be a Christian that was killed. His murder was filmed by the rebels.

The Syrian Observatory for Human Rights has said that the Islamic State terror group has executed at least 91 people in less than a month in Syria for crimes such as sorcery and sodomy, among others.They have documented over 3000 people that have been killed by the means of burning, beheading, stoning and shooting those who don’t believe in Shariah law. The murderers don’t discriminate on who they kill. Whether you are man, woman or child, groups like SOHR and ISIS don’t care. Complete cities have been nearly emptied of their Christian presence, including Homs where right around 60,000 Christians lived before the war. I was saddened to hear that now there are only 1,000  still remain. I am so ready for Christ to return.

As I said earlier, only Christ and intentional prayer is going to help.

I also want to mention Pastor Saeed that is an American and he is a Christian imprisoned in Iran. I have been following his story and praying for him to be released so he can come home to be with his wife and children. Today on the “Pray for Pastor Saeed Abedini’s” Facebook page, his wife and others throughout the world is praying for his release. I stand in agreement with her prayer.

There are churches worldwide that have been encouraged to host their own prayer events. I will do my best to post her messages and prayers each day of the prayer vigil.

This is her day one prayer for Pastor Saeed.

1Therefore we also, since we are surrounded by so great a cloud of witnesses, let us lay aside every weight, and the sin which so easily ensnares us, and let us run with endurance the race that is set before us, 2 looking unto Jesus, the author and finisher of our faith

As we start the first day of prayer and fasting today, I am again reminded of Hebrews 12. As we pray for Saeed and the persecuted church and we are reminded of “the cloud of witnesses,” we are to consider our own walk with God and that should affect how we live our life of faith. We should be motivated to get rid of the sins that are so easily entangling and ensnaring us and to run the race of faith with endurance. We can only do this by looking to Jesus. He is our source of strength and motivation!

Today as I prayed, I felt the Lord gently calling me to spend more time with Him in prayer and to allow Him to show me my heart and the ways I stray from Him and get tangled up in sin. I will share with you my journey during these 21 days. I encourage you all to join me and to spend time with the Lord and allow Him to draw you closer to Him and help you get untangled from sins and lies that have crept into your lives.