One of my friends posted a comment on her status on Facebook about if a person commits suicide, will they go to heaven. I think that is a hard question to answer. When I try to reason this out in my brain it is conflicted.

It isn’t because the person will go to hell. It’s a personal question for me for a number of reasons. I have a very dear friend that was like a nephew to me that committed suicide. He was an awesome kid, but he had many problems and they consumed most parts of his life. His name is Brian. I remember when he was born, this little boy with the most beautiful eye lashes that any girl would love to have. He had green eyes, dark hair and an olive complexion. Brian grew into a handsome young man who any girl would love to have escorting her around town. Brian loved muscle cars and his family. Most of all, I think he loved his little daughter Sarah and his Camaro.

Brian made a horrible choice to take his life and that left a void in his family’s life. There isn’t enough good I can say about Brian. As I said before, Brian was like a nephew to me. I knew his mom since I was very young and our families were always close. His family is my family and it will always be that way. Hopefully his mom and dad and brother and sister doesn’t get upset with me on this post.

So many people think that if a person commits suicide they go to hell and I don’t believe that. Brian was baptized and he was far from perfect. But aren’t we all? And haven’t we all done things that we regret and wish we could take back? I know I do. I have made my share of mistakes to last me three or four lifetimes. I do believe that Brian is with the Lord now and that God takes into consideration what is happening in our lives. He picks us up when we fall. I miss seeing Brian when I go to Phoenix and see his family. It breaks my heart that his family is hurting as they are. I know one day that they will be back in each others arms though. I don’t doubt that at all. Brain was and is a wonderful man and it’s sad that his daughter won’t get the chance to know how special he was. 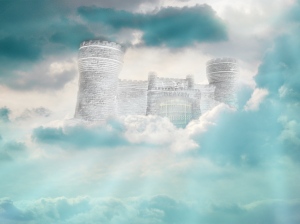 For anyone who thinks there is no other choice but to end your life, please talk to someone. I know I have had many dark days where I can’t figure things out. But God does have a way of bringing the light back into your life if you allow Him to. Things won’t be perfect and we shouldn’t expect t that. We are imperfect people living in an imperfect world looking forward to a perfect life with God. This isn’t our home and it is just temporary.

Then I think of another friend of mine. I won’t go into names because that wouldn’t be right of me. But, anyhow, this person was a very spiritual person. She and I would have long conversations before she passed. She read the Bible and knew Jesus, but not in a way I would say a Christian would know Jesus. She thought he was a real person and that he was a great teacher. But that we could change our destiny if we were good and did good for others. There were other ways to get to heaven.

My friend and I are talking about this right now and she brought up the point that even if she only believed that Jesus was a teacher and not the son of God then she was not saved. Even atheists read the Bible Sandie. Some atheists know the Bible even more than we do but they still are atheists. I can’t argue with her there. And my point is that even Satan believes in Jesus Christ since he was once and angel and he was booted from Heaven.

But not in the way I would say a Christian would know Jesus. She thought he was a real person and that he was a great teacher. But that we could change our destiny if we were good and did good for others. There were other ways to get to heaven.

Then just yesterday country singer Mindy McCreedy committed suicide. She left her two young sons and a family that loves her. There is no way to know what was going on in her heart and mind and that isn’t for me to say. She was involved in drugs and alcohol and those where bad choices for her. This is not saying she was a bad person, because I don’t personally know her.

My thoughts and prayers and with her family and I do pray that she was right with the Lord. When I have friends that I know haven’t accepted Jesus Christ as their Lord and Savior, I usually tell them that they are in the hands of the Lord now. And that is because the Lord only knows what their future is and what the true conditions of the heart is. Sometimes we can’t tell by good deeds because even those who don’t believe can be good people. Being good doesn’t get us closer to Heaven, it just gives us feel better while we are on this earth, but is it really a true feeling of feeling good, or just is what it is.

In closing I would just like to say that I don’t have all the answers. But I can tell you who does and where you can get those answers. That would be the inspired Word of God called the Bible. It’s up to each person to read the Bible and decide for themselves. Nobody can do it for you. It isn’t hard and if you anyone needs to have someone to pray for them and with them, don’t hesitate to ask. I know many prayer warriors including myself that would be happy to pray with and for you…

One thought on “Suicide and Heaven”