I have loved Mandisa’s music, attitude and honesty ever since I seen her on American Idol. Out of all the Christian singers, I can be moved by her words. Mandisa has been on a personal journey. When I first listened to her , it was when she was on Idol. She was mocked by Simon because of her weight. She was put down because of her faith. Her music speaks to my heart because many of the things she deals with are things I have. For anyone who has struggled with weight, personal loss and being judged, she is worth every second to be listened to.

One of the reasons she quoted is;

“I knew that submerging myself into an environment that celebrates [corruption and things of the world] was risky for me at this time,” Mandisa wrote. “Perhaps being alone with Him as my name was announced was protecting myself from where my flesh would have tried to drag me had I been up on that stage.” 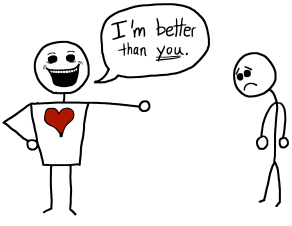 “Don’t fall in love with this corrupt world or worship the things it can offer. Those who love its corrupt ways don’t have the Father’s love living within them. All the things the world can offer to you—the allure of pleasure, the passion to have things, and the pompous sense of superiority—do not come from the Father…

The reason I quoted these two statements by Mandisa is because I think as Christians we should be careful of the ways of the world. We need to stand up for our faith and if we can see certain weaknesses in our-self, we need to be careful. I have known many people that are strong in thier faith or seemingly and have fallen because of selfish desires and drawing attention more to themselves.

I love Facebook and I have been blessed in many ways because of Facebook. I have been reunited with friends, family and have grown in many ways. But also I have seen some pretty nasty and ugly comments. But the ones that has my head wondering about how Christians are drawing attention to themselves and all the things they are doing. I’m not talking about everyone, but in general. There is a self righteous stand and the look at all the things I do and who I know kind of mentality. I have been guilty of this in some ways. We shouldn’t be drawing attention to ourselves and all the things we do. When I read some of the comments from people all over the world when a Christian or church leader takes the “Look at Me and how good I am stand”, it makes me sick. It makes me wonder if they are really being showy and trying to convince others they are good or what.

We all in someway want to be acknowledged for the things we do and want to feel important. But when it comes to faith, we should be praying without ceasing and not being arrogant and self righteous. Many have fallen and have driven others away because of this arrogance. When Mandisa shared her reasons for not going, she put into perfect words how I felt. I have been wanting to do a blog on self righteous and showy Christians, but wasn’t sure on how to word it to where I wasn’t judging others.

I got into a discussion with a lady recently about how she volunteers here, donates this that and everything else. She has the thought that nobody else does these things and basically in a nutshell, she has to be the lone ranger and face of doing good. I got flabbergasted and told her that even though she does a lot, there are many people that do things and choose not to share all those things with the world. There may be a few people that knows what I do and I find it more enjoyable and blessed when I don’t draw the attention to myself. If I’m doing that, I’m doing it for the wrong reason. She was taken back when I told her that there are others who do things and not everyone needs the acknowledgement all the time. She is a very sweet lady, but recently I have been wondering about her motivation.

I think as Christians we need to look at our motivation and who are we really worshiping. Are we doing things for God or for ourselves. Do we feel the need to be valued and loved. I know for myself, when I do something, I need to keep myself in check. I ask myself who I’m doing something for is it for them, me or God.

Then you have the church leaders who put on a show and it’s hard to see where they are spiritually. What they say is one thing and thier actions are another. Some people may have encountered this types of church leaders. They are great at talking, but when it comes to follow through they are somewhere else. A church leader, pastor or anyone else should be a spokesperson for God and not sugar coat things. Peoples lives and future are at risk. Some of these fast talking pastors make me leery and I see red flags flying all over the place.

When Mandisa took the stand she did, I was happy to see that. I have so much respect for her and her brutal honesty. She is breaking down those walls and through her, I have been able to do that.

I didn’t watch the Grammys this year and after hearing about how much of a mockery it was, I’m glad I didn’t. Christian artist Natalie Grant ended up walking out because of many things that was going on. I never understood growing up on why we were told by our pastor to watch out who we associate with and what things we participate in. Lately those things have become apparent even more. I have understood the reasoning for a long time. But the Grammys this year is a perfect example of not taking part in something that was lacking in morals, full of controversy and not a place where Christians should be. I’m all for going into the lions den. But there are some things you just don’t do. And as a Christian, I want people to see Christ in me, not the world and it’s views on politically correct things. 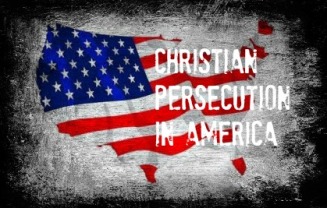 I never really thought much about Christians being persecuted here in the good ole USA. But over the past year or two, I have seen it more and more. And mostly it is media induced. We may not be a prisoner like Asia Bibi or Pastor Saeed, but we are still being persecuted and judged because of the media and everything is OK notion.