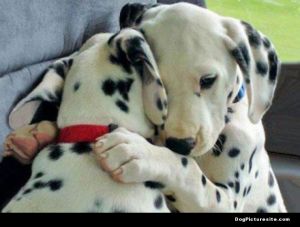 I must be on a roll when it comes to cliche’s lol. Here is my third installment of cliche’s. This is one that I have been guilty of too and it actually drives me crazy. It is the cliche or phrase “everything will be OK!” What if it won’t be OK? And according to who is it going to be OK with? This is one of those phrases I have a difficult time with because of my own situation.

First, I want to start with a positive message on this saying. Everything’s Gonna Be All Right! It may look bad at this very moment or at the end of the day, but in the end, things are going to work out just like God has planned! And, you may ask, what has God planned?

I’m guessing that almost everyone has heard or have said this phrase at some point in their life. I had to look up this cliche to understand it more and found it interesting when it says that it is what is called a reassuring cliche. They are often given out automatically and a sort of a pattern response. A couple of other cliches that are similar to this one is “keep your head up” and “chin up.”

Now I know that everything will be OK for the most part. I do trust that God will take care of me and that things work out in the end. But, I have to say that I’m not always OK with the way things work out. It may be for the greater good, but good for who? I would say that there are times when it is OK, to not be OK.

I can get to be a bit sarcastic on this topic because I have no patience for waiting for things to work out and to be OK. And there are days that I have no intention of “keeping my head up.” That just aggravates me to no end when that isn’t something I am prepared to do.

My parents and siblings have had a very difficult time. Over the past year or so things with my parents have gotten really rough. They don’t have a personal relationship with God and as far as I know, they have never accepted Christ. My parents are in their 70’s a

nd they have my brother who is almost 50 that is living with them (that’s a whole other topic or book) . As a Christian I know without any reservations that unless they know Christ, it will not work out. Growing up there has always been anger, fighting and wondering if we would be hurt or killed during some of these battles. It is like living at the OK Corral and having nightly shoot outs.  After I get off the phone with them I can’t help but wonder if it will be OK for them. So I pray and pray some more. That is all that I know that I can do.

One of the things that is awesome though about this cliche or phrase is that it is true. Since I have an abundant amount of faith in God, I know that everything will be fine and that things work out. When I am going through something or watch others struggle, I have to remind myself and open myself up to prayer and Gods Word. Because I can guarantee ya that if I was left to my own accord, things would NOT be

OK! They would be a disaster in the making. When I look around at the vast amount of troubles and worries that people go through I can’t help but wonder why. This is one of those cliches/phrases that kinda pushes me to to the point of wondering why and when did I become like Job. In my logical part of my brain and heart I realize that there is going to be times when our troubles hit us like a ton of bricks, knocking us down and causing us injury. But God can bring us to a place where we are stronger in our lives through these burdens and trials. As I said, this is my logical way of thinking. Depending on my day is how I see things. My human thoughts and emotions can easily get clouded if I don’t stay grounded in the Word of God.

One of many things I struggle with is knowing what to say when a parent looses a child or they lost everything they have. I know for myself if someone told me that “everything will be OK” I would go ballistic. My next blog cliche post is on how “time heals all things”. I don’t know about that. One of my dear friends lost their lovely daughter on her 30th birthday. Clair Rose was murdered by a hit and run driver. She still struggles and is trying to ease that pain. How do you tell a grieving parent or someone who doesn’t know God that “everything will be OK?” How do you tell a family that their 3 yr old child is going to be dying of cancer and to make the most of the little time they have?  For them, everything isn’t OK. Yes! Life does go on, but depending on where a persons faith is, is dependent on how you can console them. Everything may not be OK for them.

One of the biggest worries that fills our minds is about the future. We spend much of our time worrying about the here and now and forget about trusting in God’s promises. I have been guilty of this on more than one occasion. I do find it interesting on the things I worry about. I don’t worry about my health because I have no fear of death. But I do worry about those who don’t know God. I worry about the things that I can’t control, but I try to. Believe me, it doesn’t work and it doesn’t change anything. When someone tells me that “everything is going to be OK, I want to dummy slap them. Of course I wouldn’t literally, but I have that desire.  This is something I have to work on and pray about constantly. Only because of God will things work out for the future!

“There will be good times and there will be bad times in the future, but through them all, remember that we serve a God Who is already in the future and He has promised to go with us there to lead us safely through those highs and lows. This is one of those promises that I hold near and dear to me. In my own life I have witnessed this over and over again. Maybe this is why I have a love/hate relationship with the book of Job.

Job was a man after God’s own heart and he was allowed to tested by Satan. God allowed Satan to destroy Job’s life. Job teaches us that there is a great deal more going on than just what we can see in our lives, and that God does oversee it all for His own glory. During his trials Job was feeling weak. Both his body and his spirit were weak.

Job felt as if he could not even control his own words. After all the testing was done a 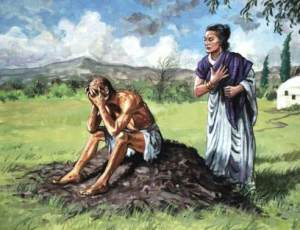 nd he remained faithful to God. Things worked out and he was blessed even more than he was before he was allowed to be tested. Everything was going to be more than OK for Job as it will be for us if we trust in Christ alone.

As I close this topic, I just want to say that no matter what the future holds, God has promised us that He will go with us and will lead us safely through it.

Hebrews 13:5 – Keep your lives free from the love of money and be content with what you have, because God has said, “Never will I leave you; never will I forsake you.” 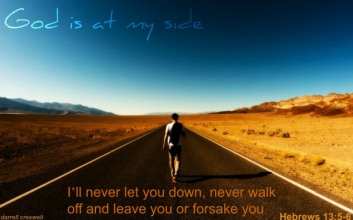