Have you ever heard the saying or cliche”life has no remote. Get up and change it yourself?”

Every now and then I will see someone post a picture on Facebook that says this and it is very true. We gripe and complain about our lives, but how many are willing to really do anything about it? I know this one all to well in my own life. There are things that I could change or want to and I keep procrastinating or I don’t want to put in the effort to do it. It may be out of my comfort zone. We humans have a way of staying in our own sink holes and are happy to stay there. Eventually those sink holes are going to swallow us alive and there is no making it out of it in one piece. 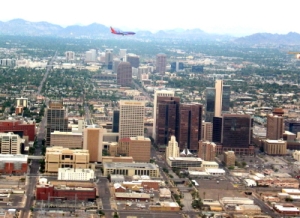 When we lived in Phoenix, AZ I hate it there. We were so stuck in the here and now that we couldn’t figure out how to go forward. We knew we wanted and needed to move in order to actually have a decent life that wasn’t all about work, commutes and living paycheck to paycheck. Chuck and I would have an ongoing discussion about how much we hated it in Phoenix. Change is what needed to happen, but it was a lot easier to say than to do. Years went by.

Chuck wanted to be an over the road truck driver. For years he would go on about this. I hate the heat and I would go on and on about that. Really, I still do. Eventually things fell into place when we actively began to search for a way to get out of the hell hole we call Phoenix.

I worked at a truck stop in Phoenix and began asking drivers about companies. I applied for a few of the jobs for Chuck and he was called back by a few of them. Which is good since a few is all I filled out applications for. The company he is working for now was one of them. Obviously he got the job. And in no way no how was I going to move to Utah where they are based. OK! I guess I shouldn’t have said that since we live here now. We love it here and have never regretted moving here.

The change was hard. Hard isn’t even a good way to put it. In order to make a new life and a more fulfilled one, we have to make choices and take chances. We had to get off our lazy butts and do something about it. I made a conscious decision that if we are going to be moving to a place where we don’t know anyone, then we might as well change everything. My daughters were less than enthusiastic about these changes. 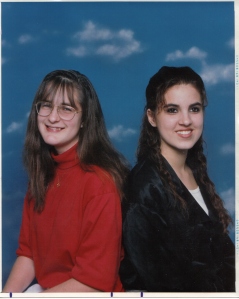 Jessica just graduated from 8th grade and Beckiah was going into 8th. They had all their friends and routines memorized. They even had classes chosen out for high school and the last year in junior high. My daughters were the typical girls that wore normal clothes. Well for them and for Phoenix. When we moved to St. George life changed big time for them. There was a whole other set of standards for dress and behaviors.

It took a long time for them to make friends and somewhat fit into our area. It wasn’t just the girls that had to adapt to a new area and way of living, i had to also. I never thought twice about what I said. I had no problem dropping the F bomb or whatever else. I convinced myself that it didn’t mean anything and it is just the way people talk. I did work in a truck stop, so why would there be a problem?

One day when I was out somewhere in our new home, what I have been saying came back to me like a ton of brinks. It was at that point that I stopped swearing. It has now been almost 20 yrs since I have sworn. I also decided that I needed to take a more involved role in church and in my daughters lives. They weren’t pleased at first. They got by with a lot in Phoenix and those days were gone. I was now a stay at home mom who refused to work Sundays and became active in their lives.

It was a struggle at first when we moved to Utah because we weren’t familiar with what happens here. We have heard stories of polygamists and all the other things that are Mormon related. It took time to learn more about their beliefs and how life was in Utah. And I have to say that when I prayed to God to send us to a place where life is more about family and being happy then scrapping by, He listened. We love it here. Our life took a 380 degree turn when we moved here. We finally found a place where we can call home. We aren’t Mormon and that is OK.

Change can be very hard when you don’t know what you need to do to change. God had a way of helping me with my change, but I had to want it too and be willing. Nobody else could do it for me.

I try not to go into too much of my families business. My parents for most of their lives have fought and bickered. And that is putting it mildly. Lately there has been so much that they are thinking of leaving each other. My parents are in their 70’s. My mom says that she has a great deal of medical issues. My dad has his problems too. My brother lives with them. It’s a mess to say the very least. My dad wants my brother to live on his own and be responsible for himself. He is tired of supporting my brother who is almost 50 now. My mom has insurance and she knows that if she doesn’t do something, it could kill her. But she is so worried about material things that she isn’t seeing there is a great need. When I get to thinking about my parents and brother, it gives me a headache because they can’t seem to get powered up to change. They are on self destruction mode.

I hear a lot of complaints and how things need to change, but they aren’t willing to make those changes. At this point, I wonder if they actually want to change because this is their normal. Nobody can make things better for them unless they are willing to change. Yes, I feel bad for them, but there is nothing I can do. I don’t have the remote control for their lives. I just have mine and God is the main power source.

Then I think of my sister and her husband. They have been talking about the need to stop smoking. And for the most part I hear him complain about it more. But then when he has no cigarettes he gets loud and grumbles and I can tell ya that I have issues with someone yelling at my sister when she is doing all she can do to make a better life for themselves.

My sister is no where near being lazy and shouldn’t have to be doing everything. Out of respect for my sister I won’t go into how aggravated it makes me that she is doing it all. There isn’t much I can do about that though because it isn’t my business to change them. I think the desire is there, but the getting up and picking up the remote is hard to grasp.

My sisters remote to her life has been getting a work out and she is going great. I pray that all they desire comes true. They do have the motivation and for the first time they are allowing God to be the remote control power source too.

2 thoughts on “Life Has No Remote Control”