Yesterday I started a blog on the topic of the ten commandments and the Duggers. Today I will finish up that blog topic with the other 5 commandments. 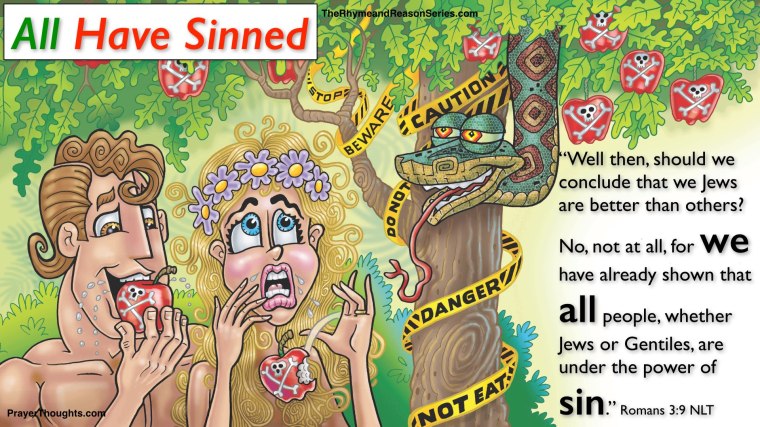 Sixth Commandment: Thou Shalt Not Kill
This seems to me to be one of the most overlooked commandments of all times. As I think about how we are instructed to not kill, planned parenthood comes to mind for me. They are the largest pro-abortion group out there. The kill unborn children each and every day. There was a time that I didn’t think about abortion a crime against humanity. There was a young lady that had an abortion and I should have stepped up and done what I could have done to prevent her from doing that. I felt that it was her body and her choice. When I started paying more attention on what happens when these youngest victims are snuffed out, it is inhumane and they can feel when a they are literally cut out of the womb. I carry guilt over not doing more to prevent this from happening. Besides abortion killing and murder is epidemic in America and all over the world. Innocent people are being murdered at rates that boggle my mind. Not only the killing of people, it is also happening with animals. Perfectly healthy pets are being killed because they can’t find a home.

I am guilty of breaking this commandment because even though I may not physically kill someone, it isn’t as if I never wished a person wasn’t alive. Even thinking of killing and wishing someone dead will make us guilty of committing murder.

Adultery is rampant in America and glamorized and accepted in movies. I think of a recent reality tv show that is gaining popularity. The show is called “The Community”. It is about a community or normal housing area that showcases families that swing. If you don’t know what that means, it means they swap partners. They practice open marriage and they have no problem with it. There is also a show called “Sister Wives”. I live in Southern Utah and I see a lot of polygamist that live in our area. Many think they are Mormons, but they are actually the FLDS Church. They have one husband and many wives. For those who have been living without watching the news, Warren Jeff’s is the most well known leader of the FLDS Church. His trial brought our area and their lifestyle to everyone’s living-room.

Adultery doesn’t have to be a physical thing. Pornography is also adultery. When you look at someone else lustfully and want to be with that person, you are committing adultery. Marriages are falling apart everyday and families are destroyed because of adultery. Some people will justify buying a playboy or other materials as innocent, but they are far from that. I would recommend watching the movie “Fireproof” with Kirk Cameron. It is a slow fade to how pornography and adultery can tear a family apart. There is nothing innocent wrong with this. There was a time in my life when I didn’t see anything wrong with it. How can a show or a magazine ruin lives. My husband and I had a friend who thought it would be interesting and fun to swap partners, that never happened. Those friends were never welcomed into my home. I have watched movies and shows that focus on adultery and I didn’t care.

Eighth Commandment: Thou Shalt Not Steal

Theft can come in many forms. Some of those forms would be gambling, insurance scams, robberies and so on. Many states and the state I live in is a non-gambling state. Gambling has caused and incredible amount of destruction and loss. Theft is also taking something that is not your own. That can be as if borrowing $1.00 or a million. If it isn’t paid back that is theft. I am guilty of this since I have borrowed money and haven’t paid it back on a timely manner. This is one of those areas I have really looked inside my heart and decided that if I can’t get something on my own accord and I can’t afford it, I don’t need it. Slowly I am repaying debts that I have had and having to get them done little by little. Due to all my medical bills and stuff, it has been hard at times to make ends meet and pay bills. When someone says, you can borrow the money and pay it back later, I now say no. I don’t like money getting into the way of friendships. When people ask to borrow money from me, I don’t ask for it back unless I know for sure they will be able to do that. I know there are times that it is difficult to do that, so I count it as a gift. I have two people that I have been struggling to pay back. They are both people who I need to pay what I can so I can get it done and get things in order. In my mind, it is theft since I haven’t paid it off when I said I would.

Theft can also come in forms of services and deception. One of those would be to say a person has cancer or an illness. We are seeing more and more people doing fundraising to help them with medical bills. There is something going on right now in a group I belong to on Facebook. This guy is seeking funds to help with everything. While checking him out, he doesn’t have Guillian Barre Syndrome at all. He is just wanting people to feel sorry for him in order to get money.

False witness means lying. Lying can be easy to justify for many. We lie to get what we want. We lie to protect peoples feelings. We lie to get away with whatever it is that we want to. Our government is built on liars. There are scammers and users all over the place. Lying is widely accepted since for some reason people see it as not hurting others. When in reality it hurts the most. I can handle a lot of things, but when someone lies, it breaks the trust I have in them. Even thinking about lying to someone or thinking I am lying for the greater good, is still a lie. A little white lie is a lie. If a bill collector calls up or a solicitor asks if I am home, I will say this isn’t her phone. That is still a lie. I can easily justify lying to someone when it comes to me telling them the truth would hurt their feelings. When it comes to voting for government officials, people say to vote who will do the least amount of damage. For me, they all lie and I trust none. It doesn’t matter what party they belong to.

I have had some people tell me that I am to direct in my blog topics and I am OK with that. If people want me to lie to them, they need to let me know in advance so I can make it a good one.

Tenth Commandment: Thou Shalt Not Covet Anything That is Thy Neighbor’s

I have had my grandsons ask me about this commandment and what it means. Coveting isn’t a common word for many. I know it isn/t for me. Our world is a materialistic world. At least in the United States we are. We want the most expensive car, houses, cloths and luxury items. TV’s are getting bigger and better and we are a country built on electronics. I was able to explain to my grandsons that if a friend of theirs has a super cool gaming system and all the awesome games, what is it that they want? They said they want to have the same game system and even cooler games. One of the boys said he will go steal the games. OK! Well that is breaking a couple commandments.

Keeping up with the Jones’ is a huge thing. If our neighbor has a huge house, we need a huger one. I don’t think I am a very materialist person. But what I find is that I like my yard to look the best. I don’t like my yard to look like yard. I have one neighbor that has a very pretty yard. So I get this feeling that I need to head to Home Depot to get more flowers and more of this and that. I don’t always do it, but I do want his yard. That is coveting.

As I go through the ten commandments, I know without a doubt that I am “GUILTY” as charged. God is a loving and merciful God. When I went to God in prayer and beg for forgiveness in Jesus Christ, He offered it to me and all I had to do is ask. As a Christian, I’m not without sin. I am guilty of being a person who has broken all of the commandments that God said not to break. Also as I look at what the Duggers are going through, I know that it isn’t my responsibility to judge him. He has gone to God and has repented of his sins. He was 14 at the time and his sins were dealt with. I think about my sins and to think that everyday someone would be there to shove them into my face when I know I have been forgiveness is the work of the devil.

Matthew 12:34-37, You brood of vipers, how can you who are evil say anything good? For the mouth speaks what the heart is full of. A good man brings good things out of the good stored up in him, and an evil man brings evil things out of the evil stored up in him. But I tell you that everyone will have to give account on the day of judgment for every empty word they have spoken. For by your words you will be acquitted, and by your words you will be condemned.”

Jesus said that we will either be justified or condemned by the words that we speak. I would say that it is important that we a careful about what it is that we say and what comes out of our mouths. God wants His words of life and truth to come out of our spirit. For this to happen, however, we must read, study and receive the Word of God in our hearts.

On closing I just want to add that God is a loving and merciful God. But, Satan is busy with his deception and counterfeits. There isn’t a day that goes by that we can’t see how our world is changing and the violence is escalating. I honestly believe that Satan is clouding our hearts and minds when it comes to judging others and thinking it is our job to do that. In our world, we are fast to accept all things so we don’t offend anyone that doesn’t share God’s commandments. Churches and pastors are just as guilty of this. They don’t want to offend and want to be all accepting. I don’t see how that can happen if as a Christian we believe that Bible is the inspired Word of God. Our world is becoming more volatile and changes are occurring rapidly. There are huge waves of satanic corruption coming against our culture.