This posting was prompted by a conversation I was having with a friend about her church that is part of the Episcopalian Churches. This post isn’t meant to be judgmental and I don’t write this to offend.  Every now and then someone will request a post on a certain topic. My friend Helen gave me permission to write this post, which I was happy to do. The reason I am writing this is because of a congregation in the mid west that went through a lot of changes and felt that they needed to have the support of the Episcopalian Churches. Eventually they found that they didn’t really get real help, since it became a financial burden for them. She asked for prayers for her church. 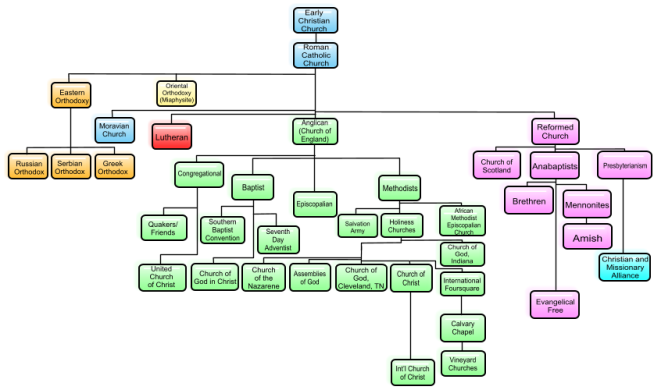 I have been going to our little church for about 20 yrs now and it has gone through many changes and pastors during that time. Originally our church wasn’t affiliated with one particular denomination. We were simply non-denominational and self supported. That changed a few years after it was started and our church was then taken in by the American Baptist Churches USA. When we first joined our church which was called at the time St. George Community Baptist Church, I had issues with a number of things that went on during the service. During those parts, I just chose not to take part in them. I was glad  we separated from them. Since there was no Nazarene Churches here, this was the closest I could find.

They eventually decided that they wanted to become an independent church. Otherwise, they felt that they weren’t getting much from the actual denomination, they were paying out rather then benefiting from the union.

When the church I attend, it separated from the American Baptist Churches USA since they were part of the groups of churches that were ordaining gay and lesbian pastors. Changes had to be made since there was a lot of heat over the union and it was getting ugly. That was when we did a separation from the American Baptist Churches USA and joined a newly founded affiliation called Transformation Ministries. I don’t actually know how we benefit when it comes to this union though. They do have some wonderful people there though. We may see someone by fluke, but there isn’t anything really that I can see that they do for our church since we are the only church in our area that has this same affiliation. I think it would have been more beneficial if we weren’t so far from where everything is. I never knew there was a fee that had to be paid for the union and for them to take us under their wing, unless I’m not seeing it. Which could be.

As I was looking through old pictures and postings, I remember when all of this happened. I’m not sure exactly what Transformation Ministries do for us. I wasn’t in the meetings our church had with them when we first joined. But I would think there would be some better ways to support missionaries and outreach then to pay fee’s for things we don’t see. I could be totally wrong on this, but my mind has been wondering as I was talking to my friend in the mid west. Their church had to do things the way those they are affiliated with instead of doing what is best for their church. I can’t help but wonder is churches are being destroyed by groups that are interested in wealth, power and selfishness. I know there are many that have their heart in the right place, but I also wonder what it is that associations and affiliations does for a small church like ours. I can’t help to wonder if it is all about power and wealth. Or maybe I am just over-thinking this since I was talking to my friend. They struggle every month paying the dues and fee’s they have to pay and yet they get no assistance, just rules when it comes to the affiliations they have.

They have right around 250 people in their congregation and they are about to loose their church because of the fee’s they have to pay. I asked her if her church has to be affiliated with a major denomination, she said she thinks so. I did advise her to check it out. I would think a church could be independent since they have enough people to keep it going. I’m not familiar with the Episcopalian Churches, but I’m sure something could be done. I asked her if it was just the money they have to pay and she said that and also they have to follow the rules or whatever it is that they signed. I would think it is the bylaws. If they aren’t comfortable, I don’t know why they couldn’t separate. 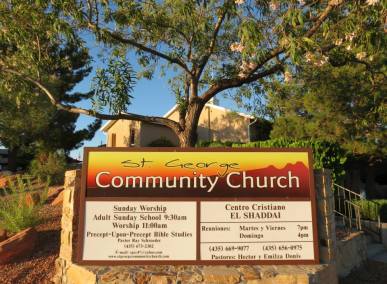 Now, my thoughts is that I think that denominations are full of rules and regulations. When really the only rules and regulations are in the Bible. I don’t think that God intended everything to be so divisional and denominational. I would be happy if the names of churches were just called “Bible Believing Church” and leave it at that. I would love one day to see that on our sign outside where it has our church info. It will never happen, but it would be nice. There are so many denominations out there, it is hard to know which one is the right one. In my opinion and it might not count for anything, the only church to go to is one that is preaching from the Bible and letting that be the sole source for truth. I don’t think we need all of the rules and legalisms of big denominations. They provide a great way of separating people over petty stuff. I’m not against denominations since I always went to a Nazarene Church, but I can see how they have a way of distracting people from what the Bible really has to say. I’m not into all the legalism of things and I like to use the KISS theory and that means Keep it Simple Stupid. I make things more difficult than they should be and I think mankind is that way. I think God is pretty straight forward.

Americans and I would guess any country has those who follow a particular religion. Religions have a way of getting in the way of Christianity. You can be ‘a good Christian’ without belonging to any specific denomination. You don’t have to be part of a specific denomination in order to be a Christian. In order to be a Christian, you need to believe in Jesus Christ, accept Him as your Lord and Savior and admit you are a sinner. The name on the church building isn’t going to save you.

I was looking up a little information on why churches are denominational and if we as Christians should be part of a particular denomination. Simple conversations like what my friend and I had gets my brain going. But what I was reading is that denominations are man-made organizations. There are more than 600 different denominational churches, all with different and conflicting doctrines, beliefs, and teachings. For those who go to church, I’m sure you have noticed all the different names, types of worship (contemporary/traditional), doctrines, bylaws and the list goes on. Many also have different plans of salvation. I’m not sure how that can be if they are Bible believing. Many times I wonder if it is more of a money thing than a reaching people and advancing the Kingdom of God. 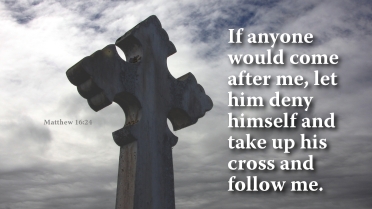 When I think on the whole denomination thing and the money aspects of churches I think of Matthew 16:24 – To follow Jesus one must deny himself. True religion does not consist of what pleases us. It is entirely a question of what pleases God. To me this verse is saying that we shouldn’t be church hopping or going to a church that says what we want to hear. We should be going to a church and be part of a church that solely believes in Christ. Denominations separate people, when in reality we should be uniting in the name of Christ. I know many that will go from one church to another for one petty reason or another. Shoot, I know one person who left a church because they were told that the church only goes by what the Bible says. WOW, wasn’t sure on what to say to that, but I’m sure I told them that if they are going to church to not listen to the Word of God, they might want to re-evaluate why they are going.

Lastly, I just want to say that it is up to the individual and if something is not feeling right to you, there may be a reason why. There is no church that is going to save you, only Christ can do that. If you are going where they don’t put the Word of God first and having a personal relationship with Him first, you should look elsewhere. If they say they don’t want to use the Bible, that should be a huge red flag. When I choose where I go, I realize that when I join, I believe what is going on. If I am associating with a group or church, I am saying that this is what I believe. I would hope that people would say I was guilty by association when it comes to me going to a church that believes in Christ and that the Bible is the inspired Word of God. If it isn’t in the Bible, I don’t want anything to do with it.

Our newest pastor came from a denomination that frowned on him preaching from the Bible. He left that denomination and I love it that he is using his experiences as a way to teach people that we only need the Bible for instructions in our lives and that Christ is the only way. I have no respect for pastors or church leaders that like to sugar coat things and are afraid to say what God puts on their heart out of fear. My pastor isn’t that way. If people have a problem with wanting the truth and want a lot of sugar coating for their life, our church may not be the right place. There are plenty of other churches that are more than happy to do that for ya. Too much sugar for a diabetic could kill them, so watch out for how much sugar coating you get in your life. It could be what costs you your life in the end.

If you want to check out my church in St. George, Utah, you are more than welcome. Check out our website. My church is a smaller church, but you will find the most loving, kind hearted Christians there. They show the real love of Christ. You won’t find it showy and over the top. We have a traditional service that is focused on Christ Alone, nothing else.

“What is a Bible church?”

Answer: Bible believing churches are those which profess to adhere to the Bible as their standard of faith and practice. If you are searching for a new church home and want to attend a church that is Bible believing, here are some things to look for.