When I was in high school in the 80’s I lived in Willcox, AZ. There were many people who helped me get through all of the things that was going on in my home life. Even if they didn’t realize how things were within our home, they knew something wasn’t right. One of the many people who was literally person of joy was Mattie Bennett. Mattie went home to be with the Lord in 2006.

Her son Harry Myers was the pastor of the Church of the Nazarene in Willcox. Her grand-daughter Diana was a good friend of mine. Since my family was off their ever-living rockers, there was the Myers Family which included Mattie Bennett.

My friend Shirley Morganti posted this picture. I know many who don’t act their age. I hope I am one of those people. When I seen this saying posted on Shirley’s wall, I immediately thought of Mattie. As I write this, I have a smile on my face when I think of her.

I had to have been around 14 yrs old when I first got to know Mattie. I was over at the Myers house like I was most of the time. Mattie comes into the house with this big smile. Mattie had this presence when she entered the room. I don’t know exactly how to word that since Mattie was Mattie.

She and I got to know each other quite well. It is because of her that I write poetry. One day after Mattie came to pick me up from my house to take her to hers, she and I sat down in front of her sewing machine. I was hoping to God that she wasn’t going to make me sew. The only time I ever sewed anything, it fell apart. I didn’t realize that there is a temporary stitch on sewing machines, lol. Well, I will leave the rest up to your imagination lol.

While Mattie was sitting in front of her machine, she was sharing her poetry and how her poetry and writing helped her deal with things in her life. She would write down her prayers or whatever came to mind. To this day I wish I would have saved some of her poems for my own use, but that isn’t possible.

After she and I went through her poems she invited me into the kitchen where Dink (her husband) was making homemade cornbread. I’m sure there was some soup in the meal somewhere, but the simplicity of Matties words really spoke to me. Mattie took my hand into hers and told me that no matter what anyone else does to me in this life, that God loves me and He won’t leave me. Of course I just bawled. It was the simple gesture of her holding my hand and sharing her words that touched my life. 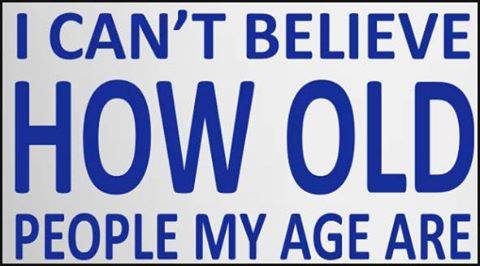 We got on the subject of age somehow. She was telling me that I believe she was in her 60’s. I was in shocked. She lived her life in such a joyful way.  I’m guessing she had a bit of a ornery streak, which is OK too. I have seen many people who were younger than she was that was cranky, beaten and obviously never took care of themselves. Mattie was far from what I would consider old. Mattie had a youthfulness about her.

I know many women that are like that and it blows my mind when they say how old they are. I think that people needs to stop counting the years and live each day in a way that is joyous. Mattie showed me that even at 60 you can be 16 lol. She would tell me all the time she was like a 16 yr old. Even though her hair was salt and pepper, she had the heart and joy of a 16 yr old. She did tell me eventually she will be 40 and that will be at the end of her life. She was larger than life in my eyes in so so many ways. There are so many stories I can share about Mattie.

Mattie took me home around 4 in the afternoon. She knew if I was gone to long that I would be in deep trouble. Not a little bit of trouble, but a lot of trouble. I ran away from home a few times till I finally made it out of the abuse and beatings.

But, on the way home Mattie asked me if I was going to go to church the next day. I told her I would be, but I have to be up around 4 or so to do that. She asked my why so early. I told her that my parents did not want any of us kids going to church. They do allow it to show face, but the only way I could go to church is if all the chores are done. Not just my chores, but all chores. So, that was hanging cloths on the clothes lines and whatever else.

Then she told me as she was hugging me, she said I will show up to pick you up and you will go to church. I did my chores and Mattie showed up and honked the horn. I told mom and dad that I was going to church now since Mattie was there to pick me up. I got yelled at and all kinds of other profanities. But, Mattie and I knew that mom and dad weren’t going to stop me because it would look bad. Mattie made it possible for me to be able to go to church.

I don’t know if many knew some of these things about Mattie. One of the ways she would make it possible for me to go to church was that she would use her sewing as an excuse. She would tell me that I should bring cloths with me to church and tell my parents that she was going to sew them up for me. There were many Sundays that I would go home with Mattie, have cornbread and fresh chicken eggs from her eggs. As I think of this memory of Mattie, I wonder if she ever told anyone why I was over there all the time. I confided in her more than anyone else. I felt safer with my words when I talked to her.

Mattie got to the point where she would call over to the house to tell mom and dad what time they would be there to get me. She didn’t ask if I could go or not. She just assumed I would go and told mom and dad good night and that was it, lol. Over time, it was easier to go even though I still had to do all the chores and I was half-dressed running out the door. Which I got in trouble at church a few times for not wearing appropriate cloths. Dixie Myers didn’t know my situation and I wasn’t about to share it with anyone. I just told her I would try to do my best next time.

Matties youthful attitude and the love she showed me molded me in a way that still touches my life today. The Myers Family was the family that I used as an example for how I raise my kids and live my life. To me, they will always be family. Mattie taught me to stick up for myself. She made me stronger when it came to how I talked to my parents. There were times I had to literally fight to get out of the house. It was a physical and emotional departure each Sunday and Weds. I wish my sister Joyce could have found this kind of support outside of the house.

When I finally left the house for good when I was in my teens, I let my parents know that while I loved them, I couldn’t continue living my life this way.  Even as a young teenager, I knew that I had to do something. Something had to change. It took a number of people to help me get out of the house and get to where I would be safe. There were a number of people who took a chance to help me, even knowing they could get in trouble with the law. I wish I could have taken my sister Joyce with me. I had to leave her behind and unfortunately she got the brunt of the punishment after I left. I have carried a great deal of guilt over the years about leaving Joyce behind. I can’t go into what happened to her since that is her choice to share, but she carried the brunt of the abuse after I left in so many ways. I knew what the Bible said and I knew something big had to happen.

Nothing in my house was Godly. It was a battle each and everyday when it comes to fighting to even talk about God. Mattie told me that one day I should write and make sure to always stick with God. God would see me through everything. I thank God for all the people it took to raise the person who is writing this. I wouldn’t be here if it weren’t for all the Matties, Myers and secret helpers to get me out.