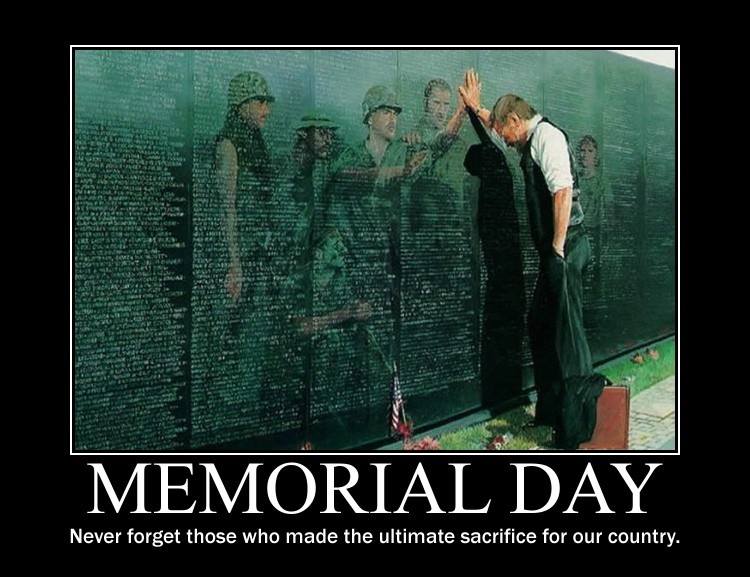 I hope this post doesn’t come off in a horrible way, but I don’t think that people gets it when it comes to Memorial Day. This is a pretty big pet peeve of mine and I am sure there are many out there that feels the same way. I try not to get upset with people when it comes to Memorial Day because I know many times people don’t realize the importance of Memorial Day. So, I just want to educate others on the true meaning of Memorial Day since obviously schools don’t talk much about it or people don’t pay attention.

There are many who get confused when it comes to Memorial Day  and Veterans Day; Memorial Day is a day of remembering the men and women who died while serving, while Veterans Day celebrates the service of all U.S. military veterans

Memorial Day events pay tribute to our military heroes.  Memorial Day commemorates U.S. Service Members who died while on active duty. First enacted to honor Union and Confederate soldiers following the American Civil War, it was extended after World War I to honor Americans who have died in all wars. 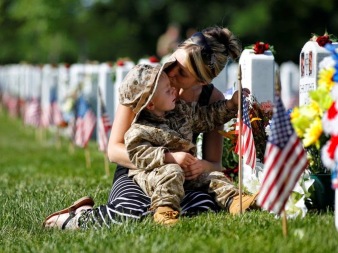 Memorial Day is NOT a day for picnics. It is NOT a happy time. It isn’t about getting a good deal when shopping for good deals. Many also believe that it is a time to remember those who have died. It isn’t about me remembering that my mom or any other loved one died. It is about those who served our country and gave their lives.

History: (src: wikipedia) The practice of decorating soldiers’ graves with flowers is an ancient custom. Soldiers’ graves were decorated in the U.S. before and during the American Civil War. Following President Abraham Lincoln’s assassination in April 1865, there were a variety of events of commemoration. The sheer number of soldiers of both sides who died in the Civil War (more than 600,000) meant that burial and memorialization took on new cultural significance. Under the leadership of women during the war, an increasingly formal practice of decorating graves had taken shape. In 1865, the federal government began creating national military cemeteries for the Union war dead.

“Source: Memorial Day 2017 : “We do not know one promise these men made, one pledge they gave, one word they spoke; but we do know they summed up and perfected, by one supreme act, the highest virtues of men and citizens. For love of country they accepted death, and thus resolved all doubts, and made immortal their patriotism and their virtue.”

I was at Kmart a few days ago and I was over hearing how these ladies were talking about going to the cemetery to put flowers on their loved ones grave. The loved one wasn’t for a serviceman who died giving their lives, it was for a friend that recently died. I chose not to say much since it is a touchy conversation, but I felt like I should have told them what Memorial Day is about. 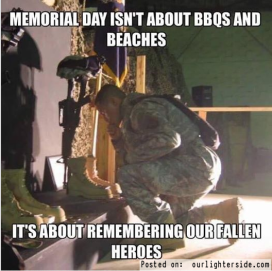 Then at Smiths, people are stocking up for the three-day weekend. They are planning on picnics, going camping and so on. They are so excited because it is the first three day weekend of the summer. They were all set to party it up.  One person even said that Memorial Day is a day to go fishing and drinking beer. It actually makes me ill to my stomach when I think about how little people respect those who died for our freedoms.

I’m sorry if I keep repeating some things in this blog, I just feel it is important to drive home the importance of Memorial Day. If I get a bit snarky or make a comment that may seem rude when a person wishes me a “Happy Memorial Day”, I apologize and at the same time I don’t. If that makes sense. I think there needs to be some education about what Memorial Day is really about. It isn’t happy day at all. It’s a day where I thank and remember those who have died while serving our country. They gave their all, the least I can do is remember what they did and be thankful.

5 thoughts on “What is Memorial Day Really?”